Halle Berry is fed up with the paparazzi. The actress is using her star power to stop them in their tracks. She’s lobbying for a new bill that could put a damper on reckless photographers. 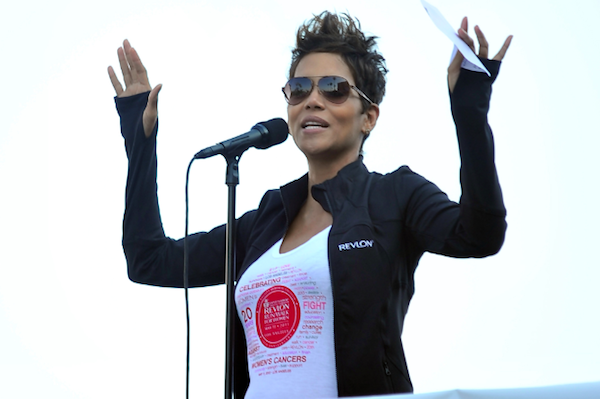 Halle Berry wants paparazzi to leave children alone. The mother and Oscar-winning actress is taking a stand against aggressive photographers. This week, she took her fight to California lawmakers.

Tuesday, Berry spoke in favor of a law that would restrict paparazzi from snapping photos of children of public figures. It’s an anti-harassment bill introduced by Senator Kevin de León, D-Los Angeles. The actress used her own experiences with daughter Nahla as a platform for her plea.

According to ABC News, Berry gave a revealing look into the life her child is forced to lead. “My daughter doesn’t want to go to school because she knows ‘the men’ are watching for her,” she said. “They jump out of the bushes and from behind cars and who knows where else, besieging these children just to get a photo.”

She isn’t the only star to take paparazzi to task. Berry joins Ben Affleck, Angelina Jolie and Steven Tyler as critics of their practices. If this bill is passed offenders could face $10,000 in fines, a civil suit and jail time spanning from 10 days to a year.

On the flip side, journalists fear the effect the law could have on legitimate news. It also puts private citizens at risk, because almost everyone has a camera on their phone.

Do you think the bill should be passed?