What’s next for Lady Stark? It looks like she’ll be bellying up to the prosecutor’s table. (Or maybe she’s the defendant? Guess we’ll have to wait and see.) 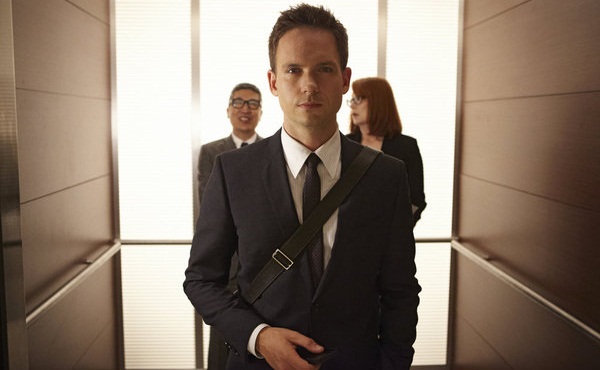 Long before her last scene on Game of Thrones, Michelle Fairley had her next role lined up. She went from dying in Season 3’s penultimate episode to her brand new stateside role. Where can we find her? Starting on July 16, Fairley, who played Catelyn Stark (fierce mother and lovely near-Queen), can be seen on USA’s Suits.

Game of Thrones‘ game of drink >>

Fairley will play Ava Hessington, a British entrepreneur who oversees an international oil company. Something will happen in her life that will find Hessington in need of legal help from Harvey Specter (Gabriel Macht). Very interesting!

Fairley isn’t the first Game of Thrones actor to find herself on Suits. Last season the hit show acquired Conleth Hill, who has played Lord Varys on GoT and Edward Darby on Suits.

“It was incredible,” he said. “It’s a different part for her. She’s such a lovely woman, with such an amazing sense of humor so I think it was a really good fit for her.

Boy, is that the truth! In her last episode on Game of Thrones (for now) more than at least a handful of people were killed, including three well-loved characters, Fairley’s Catelyn, Robb Stark (her son), and Robb Stark’s new wife. Even in more lighthearted moments with Tyrion, there are always dark undertones. Nothing on Game of Thrones compares with USA’s “blue skies” philosophy. We can’t wait to laugh at Fairley’s role, instead of cringe.