They may have lost on the UK version of The X Factor, but Harry Styles and the lads from One Direction have won our hearts. And now they are releasing the “Best Song Ever.” No really. Ever. 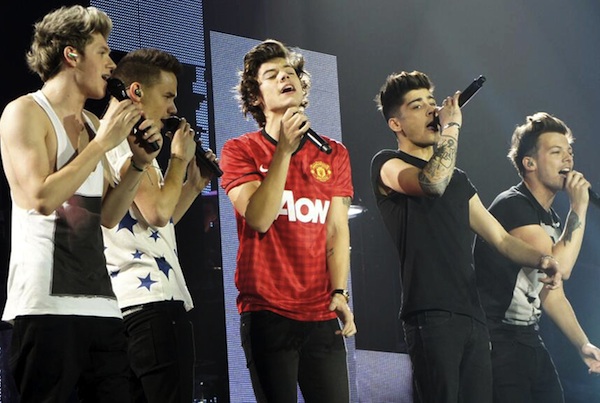 You have a pretty high bar to reach when you name your new single “Best Song Ever.”

I mean, it can’t just be a mediocre song or an OK song. No. It really has to be the best song ever.

Well, One Direction is confident they’ve got this whole song thing down. In conjunction with their upcoming movie, Niall, Louis, Harry, Liam and Zayn are releasing their new single July 22.

Now, you may be wondering — as I was — what exactly does the best song ever sound like.

Well, we haven’t exactly heard it all the way through. But the guys were kind enough to give us a taste of the song in the trailer for This Is Us — the new One Direction 3-D biopic which arrives in theaters Aug. 30.

“Best Song Ever” is the first single off 1D’s upcoming studio album — their third in as many years.

In fact, they are still currently on a worldwide tour promoting their last album, 2012’s Take Me Home.

Unfortunately, guys, there isn’t any going home any time soon.

Not only is One Direction on tour, but they will be opening Fox’s Teen Choice Awards 2013 in August, then playing The Today Show‘s Summer Concert Series and have just announced the first two legs of a worldwide stadium tour in 2014 to promote their as-of-yet unreleased album.

So if you are interested in hearing what the “Best Song Ever” sounds like, click on the trailer for This Is Us and open your ears. The song comes in at about 2:40.

So what did you think of the song? Is it, in fact, the “Best Song Ever?” Let us know what you think in the comments below.