Scott Foley has played everything from sweet and funny guys to tough and bad*ss guys. Find out which of his TV roles we think are his best. 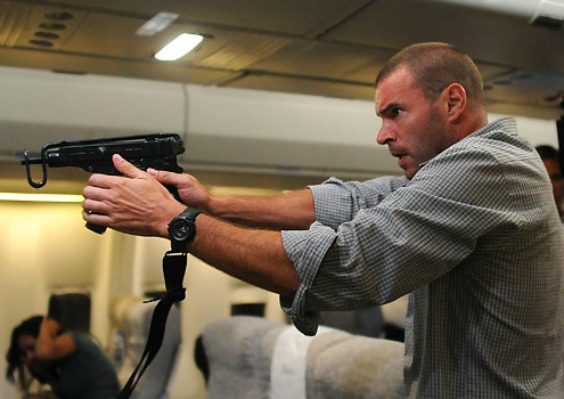 Scott Foley has been rocking it on TV this year, with stand-out roles in ABC’s hit series Scandal as well as this summer’s FOX comedy The Goodwin Games. With so much Foley on our TVs, we thought it was time we show the man a little bit of extra loving by listing some of his best TV roles.

If you haven’t seen Foley’s turn as Jake Ballard on Scandal then you’ve been seriously missing out. We first discovered Jake when he bumped into Olivia and they started a flirtation that ended with the two of them sharing one very hot night together. It all sounds great until we find out that Jake had cameras all over Olivia’s house and was watching her like a creep… but then we found out he was doing it on his best friend (aka the President’s) orders. Now that he’s been upped to series regular for Season 3, it looks like we’re going to be seeing even more of Jake next season, which is a good thing considering where the poor guy ended up as the final credits rolled.

For those who haven’t seen Foley on Showtime’s hit vampire series True Blood, he sadly didn’t play a vampire or werewolf or any other kind of supernatural creature. “Sadly” because, come on, how cool would it be to see Foley throw down as some sort of monster-like creature? But even though he’s only a human, Foley still brought a lot to his role as Patrick Devins on the series. Patrick was Terry’s former platoon leader from his military days in Iraq, and it’s an event that happened during the time that brought on them a curse that was the basis of all of Foley’s episodes. To say how it ended would be to spoil it, so we’ll just leave it at that.

3. Bob Brown in The Unit

In this military series, Foley played Sergeant First Class Robert Davis “Bob” Brown. His call sign was “Cool Breeze” and when the series began, he was the newest member admitted to the team. Bob was a little quiet and reserved in the beginning, but soon it became clear he had plenty of skills to offer. He was one of the team’s most skilled marksmen, as well as a licensed pilot able to fly both planes and helicopters. Needless to say, his skills got his team out of many a sticky situation, and let’s not forget just how good he looked in his uniform while doing it. 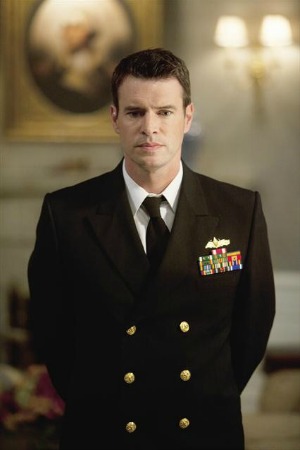 In Felicity, Foley played a slightly aloof but incredibly sensitive and kind RA. The entire series basically revolved around Felicity loving one guy, but sadly it wasn’t Noel and he spent most of his time on the series pining for her. Everyone loved Noel because he was patient and caring and did everything he could to help Felicity be happy at school. He needed saving and you couldn’t help but to want Felicity to save him. You also couldn’t help rooting for him and Felicity to end up together

This is the role that made us fall madly in love with Foley, but the only way we can really talk about it is going to spoil what happened to him, so if you haven’t seen Season 8 of the series, you might want to skip this paragraph. Henry came at a time when Teddy needed him, though she definitely didn’t want to admit that at first. They got married so that he could have health insurance, and then fell in love. He was sweet and kind, but also tough when he needed to be, and words cannot describe how our hearts broke when he died. Though we lose Henry in the end, it’s still worth watching his turn on Grey’s — if only to see him singing in the musical episode.

6. Henry Goodwin in The Goodwin Games

Normally a list like this would probably have five picks on it, but frankly we just couldn’t narrow down the list that far. The Goodwin Games has pretty much been doomed since the moment it was moved to the summer and given a short run of just seven episodes, but we just can’t help liking the show, and loving Foley in it. He plays one of his funniest roles as the uptight and slightly conceited (OK, sometimes extremely conceited) oldest brother, Henry Goodwin. Though Henry can be a bit harsh sometimes, he also doesn’t hesitate to do whatever he can to help those he loves — including his younger siblings.

The Goodwin Games episode 5 recap: Looking in a mirror >>

What do you think? Got any favorite roles of Scott Foley’s that you’d like to add to our list?

Images courtesy of ABC and CBS