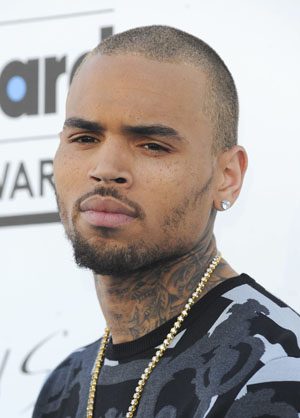 Just when we thought Chris Brown turned over a new leaf comes news that the Los Angeles city attorney is charging the singer with two new crimes.

According to TMZ, Brown rear-ended a Mercedes in May and then refused to give the other driver his license information. He did give insurance information before fleeing the scene, but that turned out to be fake.

The charges — hit-and-run and driving without a valid license — could earn Breezy up to a year in prison. It might get a whole lot worse for him, though: The city attorney plans to refer the case to the Los Angeles County district attorney — and if that happens, he could be in violation of his probation in the Rihanna assault case.

The punishment for that? Possibly four years in prison.

Brown’s legal woes don’t end there, though: A California woman is accusing Brown of pushing her down after his performance at Heat Ultra Lounge in Anaheim on Saturday. The accuser, Deanna Gines, told TMZ that Brown “deliberately pushed [me] to the ground,” causing serious injuries that may require surgery.

Chris Brown’s “woe is me” Instagram rant was a hoax! >>

His rep is denying anything happened, especially since cameras caught Gines walking out of the club after the alleged incident — and she’s not visibly injured.

“I’m unaware of the incident, as is Chris’ lawyer and his entire team. He was in a great mood after Powerhouse.” his rep told the website. “None of this makes sense.”

“I didn’t do anything,” Brown added in his own tweet.

We’re inclined to believe you on this one, Chris.