SheKnows chats with The Lone Ranger‘s sexy man behind the mask, Armie Hammer. 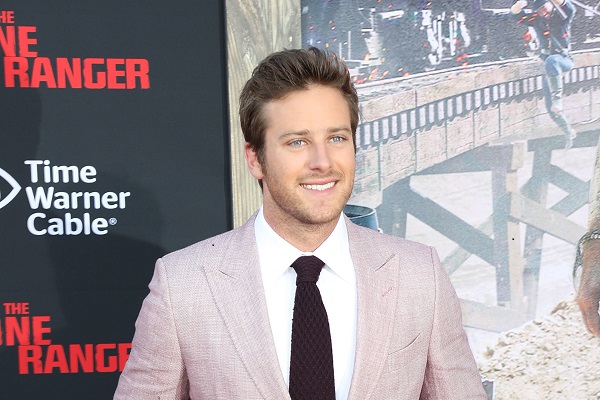 Growing up in Texas, Armie Hammer literally learned the ropes of the Wild West. In Disney’s new remake of the classic tale, The Lone Ranger, Hollywood’s new heartthrob puts those skills to the test. See what the 26-year-old actor told us about becoming the famous cowboy.

SheKnows: Were you nervous to portray such an iconic character?

Armie Hammer: Not really. I knew I was relatively protected by everyone involved. I knew Jerry [Bruckheimer] doesn’t know how to produce a movie that’s not good, and Johnny [Depp] is going to nail it. So I was like, “OK, I’ll just try not to flub my lines.”

SK: Were you a fan of Western heroes like the Lone Ranger?

AH: Totally. Growing up in Texas, it was a big part of it. I was in Indian Guides as a kid, which is sort of like Boy Scouts.

SK: What was the coolest thing you learned on set?

AH: I learned to fire two pistols simultaneously, while riding a horse through a train.

SK: Sounds dangerous! Did anyone get hurt making the film?

AH: It was more fun than anything else. I think everybody got a little banged up every day. But that was all part of the fun. Nothing life-threatening.

SK: What was it like working with Johnny Depp?

SK: Did you two get into any trouble together offscreen?

AH: We had a lot of time together and it was great. There might have been a couple of hijinks here and there. Nothing I can really share. Code of silence, you know?

SK: The Lone Ranger is pretty swoon-worthy. What did your wife think of your costume?

AH: She liked it. I think she was not thrilled by the way it smelled by the end of the movie, but she was still thrilled.

SK: Do you think you guys will make a sequel?

AH: It depends how well this one does. I would if Gore [Verbinski] did it, and Jerry did it, and Johnny did it. I would definitely consider doing it. It’s complicated.

We hope all those conditionals pan out. We’d love to see this striking young man put on the mask again!

Be sure to catch Armie Hammer and Johnny Depp in The Lone Ranger, in theaters today.