Miley Cyrus issued a harsh ultimatum to her dad Billy Ray Cyrus on Twitter last night. Did he cave? 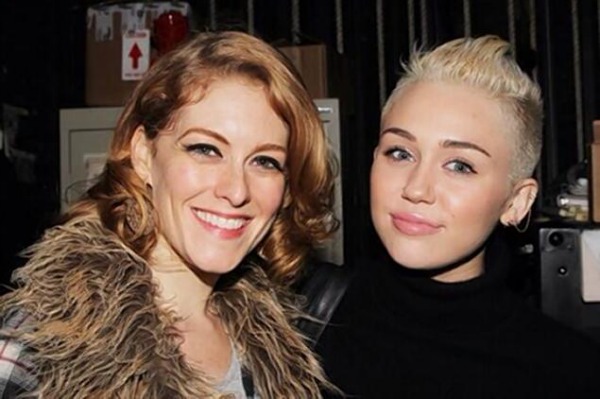 Miley Cyrus is not messing around when it comes to protecting her mama. The pop star posted an ultimatum to her dad Billy Ray Cyrus on Twitter last night along with a photo of herself with a mystery woman, threatening to expose a family secret.

“@billyraycyrus since you won’t reply to my texts I’m giving you an hour to tell the truth or ill tell it for you,” Miley wrote, attaching a pic of her posing with a mystery redhead, since revealed by RadarOnline to be actress Dylis Croman, who co-starred with Billy Ray in Chicago on Broadway in 2012.

The tweet was removed just minutes later and replaced with a note that said, “Wtf? My twitter was just actin all types of cray!”

Miley’s mom Tish Cyrus filed for divorce from Billy Ray on June 19 citing “irreconcilable differences” as the reason behind their split, but Miley’s post has led to conjecture that her dad was cheating and the mystery woman is actually his mistress.

This isn’t the first time Miley has taken her beef with her dad public on Twitter. The day after Tish filed, Miley wrote, “Since your texts and email obviously aren’t working would you like to talk like this?”

Billy Ray hasn’t responded to either message on Twitter, and he was photographed with Tish and Miley’s sister Noah on a family outing Sunday — sans wedding rings.

This isn’t the first time Miley’s parents have split. The pair separated in 2010 but reunited a year later. At the time Billy Ray blamed the split on Miley’s fame and said afterwards, “I feel like I got my Miley back in a way. I feel like we are the daddy and daughter that we were before Hannah Montana happened.”

Sounds like that daddy-daughter love is on the rocks once more.