Four years after Michael Jackson’s death, we take a look at each of his children to see how Prince, Paris and Blanket are doing today. 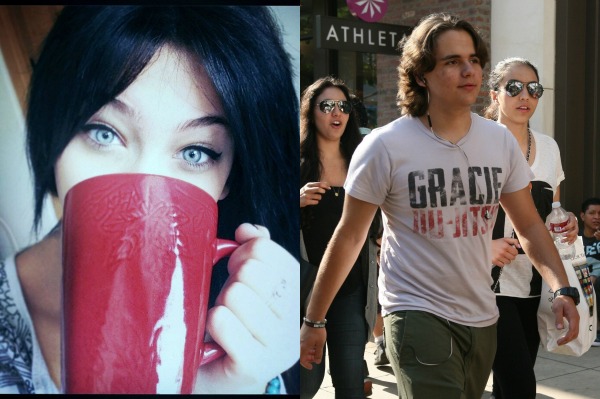 It was four years ago today that the world lost an icon. Think what you will of the man, but Michael Jackson was a legend and we’re sure that everyone remembers where they were when they heard the shocking news that the King of Pop had died.

The lawsuits surrounding Jackson’s death are still ongoing and the eldest of Jackson’s children, Prince, is set to tell a jury about the last days of his father’s life. CNN reports that Prince will testify in the Jackson family’s wrongful death lawsuit against AEG Live and will likely be on the stand by Wednesday. Prince, Paris and Blanket Jackson and their grandmother Katherine Jackson are suing AEG Live, accusing their father’s last concert promoter of negligently hiring, retaining or supervising Dr. Conrad Murray, who was convicted of involuntary manslaughter in Jackson’s death.

Jackson confided in his eldest son about his business dealings, even at an early age. Prince’s testimony is expected to include revelations about what his father told him in his last weeks about whom he trusted and distrusted.

“Prince has always been, even at 12, the little man — daddy’s little man,” chef Kai Chase testified. “He wanted his father to be very proud of him, which Michael was. The weight of the world is on his shoulders, the eldest, big brother and father figure to his siblings. It’s a lot for him, growing, liking girls. He wishes his father was here to give him advice. It’s devastating to him.”

Prince seems to have adjusted well after his father’s death and does indeed seem to be acting like a grownup, taking on a job as a correspondent for Entertainment Tonight and appearing on 90210. He even has a car and a girlfriend, Remi Alfalah.

The youngest of the Jackson children, Blanket, also seems to be doing well. He’s been spotted going to TV tapings, concerts and other Jackson-related appearances in the company of his siblings, grandma and other family members. An insider told E! News that, “Blanket was really outgoing, but he only talks to the people he’s close with.”

As for Jackson’s middle child and only daughter, her life since her father’s death has undoubtedly been the hardest. Her trauma began as soon as she realized something was wrong with her father as the ambulance was being summoned. “We were literally pulling her by her ankles down the stairs as she was trying to go back up, screaming ‘Daddy, Daddy, Daddy!'” Chase testified.

A week later, Paris made the world weep when she spoke at the public memorial for her father. “Ever since I was born, Daddy has been the best father you could ever imagine,” she said. “And I just want to say that I love him so much.”

Her heartache was clear to see in the days immediately following her father’s death and recently it’s become clear that it hasn’t gotten any easier for Paris in the four years that have passed. At one time Paris seemed happy, telling people that she wanted to be a heart surgeon and getting offers to be a cheerleader. But all that changed when news broke of her attempted suicide and the family drama that occurred before. Paris has shown a strong interest in living with her birth mother, Debbie Rowe, but the rest of the Jackson clan has made it clear they don’t want that to happen.