The 2013 BET Awards are just around the corner. SheKnows takes a look back at some of the hottest female performances ever on the BET stage. 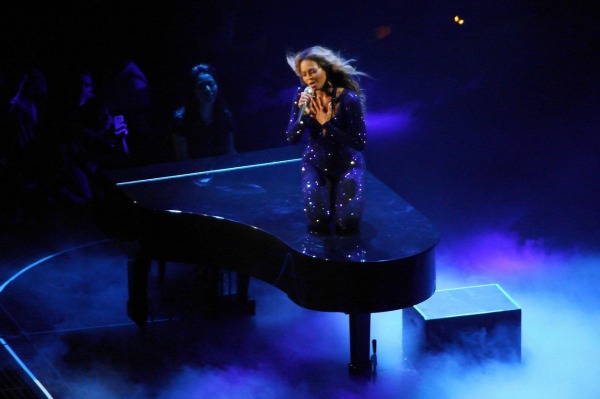 The 2013 BET Awards show is hitting Los Angeles this Sunday, June 30, at the Nokia Theatre. This year’s show will be hosted by Chris Tucker and it is guaranteed to be chock-full of incredible performances by some of the hottest stars in music.

The show has been home to some of the fiercest performances by female artists in the past, so it’s a good time to look back on some of the memorable moments on that BET stage.

This was the big coming out party for Beyoncé as a solo performer. She was usually seen with Kelly Rowland and Michelle Williams as a part of Destiny’s Child on the BET stage. No one needed to worry about Bey, though. She killed it with “Crazy In Love” and proved that a superstar was born that night.

One of the biggest power ballads in music history is “And I Am Telling You I’m Not Going” from the musical Dreamgirls. It was an epic night on that stage when Tony winner Jennifer Holliday joined Oscar winner Jennifer Hudson for the anthem. It was historic because Holliday publicly complained about being snubbed for a cameo role in the film adaptation. So, having the two women who played the iconic role of Effie White onstage together was one for the memory books.

This might be the sexist performance to hit the BET Awards stage. Destiny’s Child had just announced their breakup since they all wanted to focus on their solo careers. The ladies decided to go out with a bang and bring Magic Johnson, Nelly and Terrence Howard onstage for a lap dance while singing their hot single “Cater 2 U.” Watch Howard looked stunned by Beyoncé’s sultry moves.

In the ’90s, girl groups were all of the rage, so the 2008 BET Awards brought back some of best girl groups to harmonize with the “it” girl of the moment, Alicia Keys. The talented women sang a medley of hits recognizable to any music fan. From TLC’s “Waterfalls” to En Vogue’s “Hold On,” the decade was well-represented. This grouping probably won’t be repeated ever on any awards show, so don’t miss this collection of voices.

Living legend Gladys Knight was honored in 2005 with a Lifetime Achievement Award and she treated the audience to a collection of her hits including “If I Were Your Woman,” “Neither One of Us,” and “Midnight Train to Georgia.” Watch the audience stand in awe at Knight’s vocals as she proves she is just as good as she was in 1967 when she had her first hit with “I Heard It Through the Grapevine” with her group the Pips.