True to Stephen King, Under the Dome is fast-paced, character-driven and, oh yeah, really strange in the best sort of way. We’re hooked! 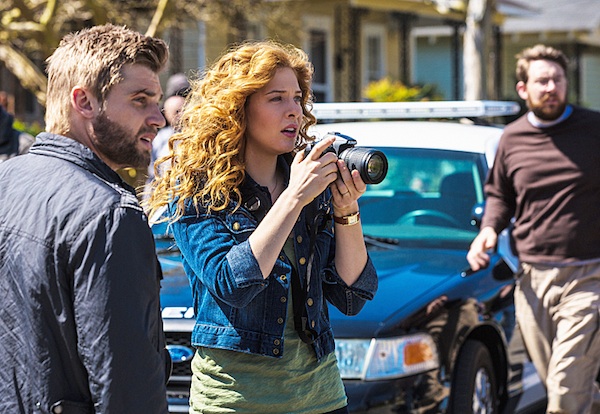 Finally Under the Dome has arrived on CBS, and it’s just the smart, action-packed show summer has been waiting for.

Welcome to Chester’s Mill where everyone has something to hide. Though, it becomes strikingly clear that some secrets are bigger than others when a giant dome falls over the town.

The show opens with a man named Barbie (Mike Vogel) digging a grave for an unknown man’s body.

Cut to two teenagers, Angie and Junior, having sex while Junior tells her he loves her. She responds by saying it’s been a fun summer. She tells him they both know what this is, and he’s going back to school soon anyways. But Junior chooses this moment to admit he dropped out. He says Angie is the only person in the world who knows the real him. She still refuses him, but when she tries to leave, he yanks her back. She slaps him. Then she leaves.

Barbie is in his car making a phone call regarding a deal that went bad (which may explain the body). Cows appear in the middle of the road, and he almost hits one. The car swerves, and he blows a tire, leaving him stranded on the side of the road just before the town exit line.

As fast as a heart skips a beat

Something rumbles throughout the town, setting off car alarms and church bells. A wind picks up and something falls on the town line. Barbie witnesses the fall as it slices a cow right in half. He notices other things cut down the middle. When he reaches his hand out, it connects with an invisible barrier.

Sheriff Perkins’ pacemaker skips a beat at the same time the dome falls. Then calls about the damage start coming in over the radio in his car.

A boy runs to Barbie asking him if he’s OK. The boy, named Joe, touches the invisible wall. He realizes how high it must be when birds begin to fall from the sky. Their necks are snapped. Then an airplane flies overhead and hits the dome, exploding against what appears to be thin air.

Barbie stops a fire truck by waving frantically just before it hits the dome. The firemen stop just in time, but they can’t hear anything Barbie is saying. The dome creates a sound barrier as well. Barbie writes a note telling the firemen to call the FAA.

Sheriff Perkins realizes the dome cuts off the whole town. They’re trapped inside.

The stars are falling 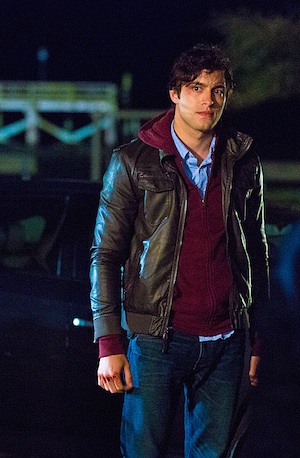 Julia, new editor of the town’s newspaper, arrives at the town line and starts snapping pictures for the paper. She meets Barbie and the two team up to investigate what’s going on.

A young girl named Norrie and her two mothers are just passing through Chester’s Mill on their way from Los Angeles to a camp for Norrie. They see a semi hit the dome and are able to stop their car just before they hit it too. Norrie begins to have a seizure and says weird things like, “The stars are falling.”

Barbie is quickly putting together the pieces. He thinks even if the dome suddenly disappears, the army will still quarantine the town. He is ex-military.

Julia and Barbie find a woman without a hand. Her house has been cut in half. She asks for help before collapsing.

Barbie and Julia arrive at the hospital. It’s a madhouse. Julia is looking for her husband Peter who is a doctor in the town and always works Sundays. The other doctor says Peter hasn’t worked Sundays in weeks. She says he’s probably home and leaves to check on him.

Joe arrives home and his sister Angie is there. The two realize their parents are on the other side of the dome.

The military arrives at the dome line along with the press.

Angie heads to the town line like everyone else, and bums a cigarette from Barbie. Junior witnesses them talking and clearly doesn’t like it. Junior confronts Barbie. Confused by Junior’s aggression, Barbie warns him not to start something. Luckily, Julia arrives back at the dome line before the boys get violent. Junior leaves.

Julia’s husband wasn’t home. She checked all the road blocks and couldn’t find him there either. She is going to head home and offers Barbie her house too when she realizes he doesn’t have anywhere to stay.

Big Jim and Sheriff Perkins meet. Big Jim asks what they should do when people start asking about the propane. Sheriff Perkins says it has nothing to do with this even though they were stockpiling fuel right before the event. Big Jim threatens Sheriff Perkins and warns him to remember his place.

Joe is looking along the dome for a power source. He thinks it might be inside the dome somewhere. Joe collapses and has a seizure. He says the same weird thing as Norrie, “The stars are falling in lines.”

Not just a cheater

Angie arrives home, and Junior is hiding waiting for her. He tackles her to the ground and hits her head on the floor. She wakes up inside an old fallout shelter. She screams for help, but only Junior arrives and tells her to save her breath. Junior explains that in the long run, she’ll thank him. He says he’s the only person who really understands what’s going on.

Julia and Barbie arrive back at Julia’s house. Peter still isn’t there. Julia shows Barbie a picture of her husband. It’s the dead man Barbie was burying when we first saw him at the beginning of the episode. Julia thinks her husband isn’t there because he’s having an affair. She’s still convinced he’ll turn up.

Linda and Sheriff Perkins canvas the wreckage. Linda wants to know why the dome appeared. Perkins suggests they’re being punished. Perkins touches the dome as he’s about to admit something important to Linda. His pacemaker explodes from his chest.

What we know so far

— The dome has something to do with the kids. Joe and Norrie both had a seizure and both said the same thing: “The stars are falling.”

— Electrical devices are affected. Sheriff Perkins’ pacemaker was pulled right from his chest.

— Junior’s crazy, but he might know something more based on his comments to Angie.