Jodie Sweetin’s house is about to become a little less full. The actress and mom of two has filed papers to end her third marriage, separating from Morty Coyle. 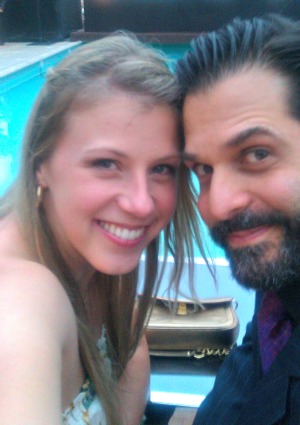 Jodie Sweetin is soon going to have divorce No. 3 under her belt. Word broke Monday that the former Full House actress, mom to two little girls, has filed for separation from husband Morty Coyle.

TMZ reported the 31-year-old filed papers in a Los Angeles court on June 24, seeking a divorce and citing irreconcilable differences. Sweetin is reportedly requesting ownership of her and Coyle’s car, a 2000 Toyota Avalon, and has asked to split their $200 Kohl’s credit card balance evenly.

Material goods and debts aside, Jodie Sweetin is said to be seeking full custody of the couple’s 2-year-old daughter, Beatrix.

The woman once known as Stephanie Tanner from her Full House childhood is also mom to 5-year-old daughter Zoie, who was born during her second marriage to Cody Herpin, a film transportation coordinator. Their divorce was finalized in April 2010.

Jodie Sweetin got married in secret! >>

In mid-June the proud mother wrote, “So excited! Zoie has her preschool graduation today.. Man, how time FLIES!!”

“Had an amazing time camping with Zoie and her preschool class this weekend,” Sweetin wrote just one day before her split news went public. “But man, did a hot shower feel good when I got home!”

Perhaps the fourth time will be the charm for Jodie Sweetin in marriage?