With Man of Steel making bank, Henry Cavill has proven he’s got what it takes to play the iconic man in tights. But did you know he’s donned a cape before? We dug up proof the hunky star was destined for superhero-dom. 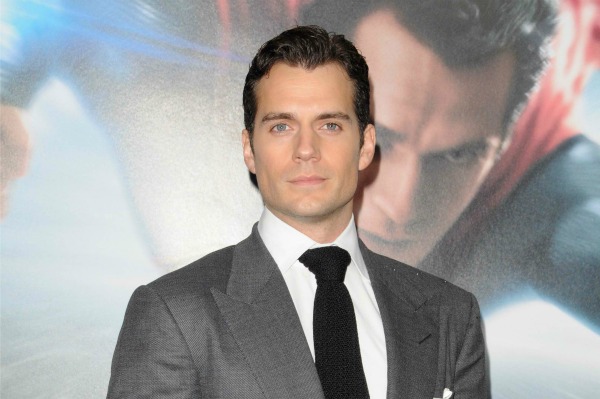 He bared that hot bod

Even as far back as his very first movie, Laguna, Cavill had no problem showing off his shirtless goods. His physique wasn’t nearly as chiseled as it would become for films like Immortals or Man of Steel, but he still rocked his sans-shirt scenes way back when — an excellent early indicator he could one day bring sexy back to the Superman suit.

He rocked a cape

Hey, not all men can manage to wear a cape and still make women swoon. Not only did Cavill pull off the look in The Count of Monte Cristo, he even had strangers kissing him on the streets. Okay, so she was baited to lure him after her. Still, we have no doubt if he had lingered on the street much longer, another woman was bound to cop a feelsky. We would have.

He nailed the cathartic scream

When your alien dad ships you to another planet as your world is on the verge of collapse, you’re bound to have some pent-up inner turmoil. And, let’s face it, there’s no quicker fix for that than a visceral scream sesh. In Man of Steel, Cavill lets one out when Clark has to watch his (human) dad die. He must’ve perfected it in Midsomer Murders when a psychopath maims his character’s foot in a bear trap.

He had a thing for a strawberry blonde

No, that’s not Amy Adams and Cavill making out as Lois Lane and Clark Kent in Man of Steel — but it sure does look like them. Rather, it’s Evan Rachel Wood as Melodie St. Anne Celestine and Henry Cavill as Randy Lee James in the 2009 Woody Allen movie Whatever Works… proving Cavill is, in fact, a man adept at pining over reddish-blonde chicks.

He sported an emblem on his chest

Well, sort of. In the movie Blood Creek, Cavill’s character Evan Marshall carved an emblem on his chest in an attempt to ward off an long-dead, occult German professor. That’s kind of the same thing as Superman’s symbol, right? I mean, if you think about it, they pretty much serve the same purpose of warding off evil — even if one symbol is merely a blood red color and the other is, um, red blood.

He flexed his… stamina

It takes a lot of energy to be Superman… flying all over the place, saving people left and right. You can’t sustain that kind of strength without some serious staying power. If you happened to catch any Cavill’s work as the virile Charles Brandon, first Duke of Suffolk, on The Tudors, you know as well as we do that the hunk has, er, longevity in spades.

It’s a bird, it’s a plane, it’s… Henry Cavill flying through the air as Theseus in Immortals! That’s right — before he was jetting around at the speed of light in red and blue, Cavill was defying gravity in not much more than a loincloth. From there, it wasn’t much of a stretch of the imagination to envision him with supernatural aerial prowess in blue spandex.

Henry Cavill: Get to know the new Man of Steel
James Franco’s feud with Henry Cavill
Man of Steel: Jonah Hill and other unlikely men of steel