The Call features Abigail Breslin as a kidnap victim, and Halle Berry is her only hope for survival. Check out this exclusive behind-the-scenes clip from their film. 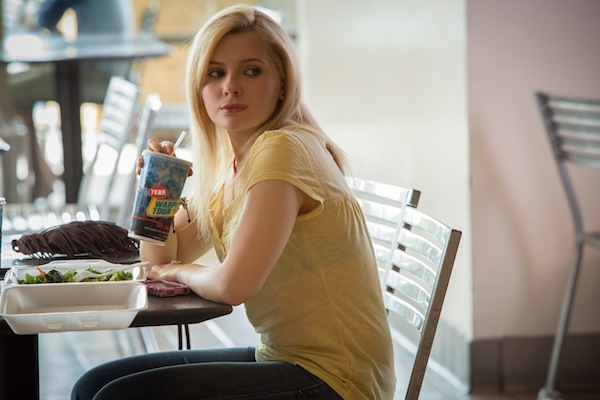 This week, Brad Anderson’s The Call will be available on Blu-ray and DVD. The thriller stars Oscar winner Halle Berry and Oscar nominee Abigail Breslin. The duo work together to stop a mad man who’s made an unsuspecting teen his latest victim.

Berry stars as experienced 9-1-1 operator Jordan Turner, while Breslin is Casey Welson, the young girl she tries to save. During the shoot, both women were put through the emotional ringer. But Berry and the rest of the cast were more impressed by Breslin’s work ethic.

“She’s such a phenomenal actress. I just watched her for three days be in the trunk of this car and just tear it up,” Berry reveals. “She’s emotional, she’s imaginative, she’s a consummate professional, she’s prepared, she’s ready and she’s 16 years old.”

That’s high praise coming from a Hollywood veteran. Breslin is successfully making the transition from child star to more adult roles. She’s keeping her eye on the prize and seems to be a joy to work with. Michael Eklund, who plays her captor Michael Foster, discussed their collaboration on those tough scenes.

“I couldn’t have asked for a better actress and now friend to have worked with,” he said. “When you’re going to be doing these things with each other, there’s a trust relationship that has to be developed… We always knew we were safe and that in between takes we could hug it out or have a laugh.”

Check out this exclusive clip from The Call: