Kelly Rutherford has weathered through a few tough years with a divorce from her husband, a custody battle for her kids and now a bankruptcy filing. 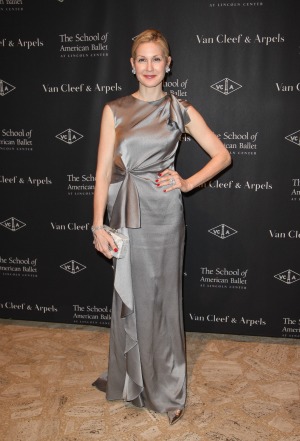 After a brutal custody battle with her ex-husband, Kelly Rutherford has filed for bankruptcy. The former Gossip Girl star lost custody of her children to her former husband, Daniel Giersch, last September. The children are now living in France with their dad.

According to TMZ, the actress filed for Chapter 7 bankruptcy last month after spending almost $1.5 million in legal fees for the court case. Her assets total $23,937 while her debts are over $2 million.

Reportedly, Rutherford is asking the family law judge to force Giersch to pay her legal bills, but she had to file for bankruptcy to keep herself afloat in the meantime.

The financial issue is compounded by the fact that Gossip Girl ended its six-season run in 2012. Her monthly income is currently $1,279 compared to the $486,000 she earned in her final season on The CW show.

In addition to her income dropping, she also owes American Express over $25,000 and the IRS over $350,000. The burden became too much for the mother of two and she has resorted to borrowing money from friends and family members.

The assets that Rutherford is listing in court documents do not amount to much for a Hollywood celebrity. She claims that her bank account holds $11,487 with $5,000 in furniture, $5,000 in clothes and $1,500 in jewelry.

The couple married in August 2006, but separated in 2009 while she was pregnant with their second child. Their divorce was finalized in 2010. Their two children, son Hermes, 5, and daughter Helena, 3, currently live in Monaco after a judge ruled that the children should remain with their father.

Giersch has a revoked visa and is no longer allowed in the U.S. The judge figured Rutherford’s flexible shooting schedule would allow her time to visit during her free time at her own expense.

The actress talked about her biggest fear with the custody case.

She told the ladies on The View back in September 2012, “He could disappear tomorrow and I’d have no way to look. My biggest fear is that I wouldn’t know where they are.”