We’re only a few days into the official summer season, but The CW just announced their fall line-up. It looks pretty good. 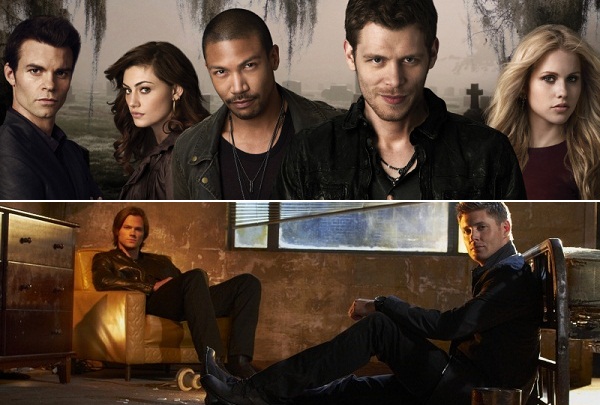 Everyone loves summer, but The CW is trying to change that. How? By giving us five days of great things to look forward to in the fall. The channel will roll out almost all of their entire line-up — which includes three new shows — in mid-October. Here’s what a week with The CW will look like once everything is released (premiere dates included):

And, yes: The Carrie Diaries is returning, too! >>

We can’t wait to catch up with the Winchester brothers or check in with Elena, but we’re also thrilled to find out more about the CW’s three new shows.

Thursday night’s Reign caught our interest from the very beginning. Who doesn’t love a little historical romance, right? And following Mary Queen of Scots as she tries to navigate the French court and, ultimately, a romance with Francis II is sure to be quite interesting. Plus: Pretty dresses!

The Tomorrow People will premiere on Wednesday and looks like it might be an interesting choice to help put our hump day to bed. The story follows Stephen, who thinks he has the tendency of sleep walking and ending up in other people’s beds. It turns out he’s just teleporting, though. (Naturally.) He’s part of a new species of humans called “tomorrow people” who can teleport, read minds and control the forces around them. It looks a little like X-Men, but without all the transformations in their appearance.

Finally, as die-hard Vampire Diaries fans, we’re probably most excited about the new TVD spin-off, The Originals. Klaus, Elijah and Rebekah are moving on from Mystic Falls and headed to New Orleans where Klaus’ protegee, Marcel, pretty much runs the entire city. This sounds like it might be borderline True Blood territory, but with more turf wars. Sa-weet.

If you’re as excited as we are, you’ll be happy to know we’ll have you covered come fall. Keep it tuned to SheKnows for coverage of all the best shows on The CW and the rest of TV.