Amy Winehouse may have been no stranger to drugs and alcohol, but is bulimia largely to blame for her death? Her brother has opened up about the singer’s eating disorder struggles. 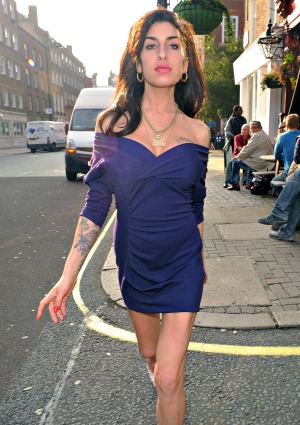 Though Amy Winehouse was well known to be battling alcohol and drug addiction for years before her death in 2011, her brother believes bulimia played a large part in killing her.

“She was annoying, frustrating, a pain in the bum,” Alex Winehouse told The Observer, fondly recalling having the famous songstress for a sibling.

“But she was also incredibly generous, very caring. She’d do anything for anyone, she really would. She was loyal — as a sister, daughter and friend. She was probably the most loyal friend to people I’ve ever known.”

Despite singing her praises, he went on to add, “She was a really good person. And horrible in other respects.”

According to Alex, at the age of 17 Amy Winehouse began hanging out with a group of girls who were all bulimic.

He explained, “They’d put loads of rich sauces on their food, scarf it down and throw it up. They stopped doing it, but Amy never really did… we all knew she was doing it, but it’s almost impossible [to tackle] especially if you’re not talking about it. It’s a real dark, dark issue.”

Lady Gaga stopped puking to save her pipes >>

“She suffered from bulimia very badly,” he went on to say. “That’s not, like, a revelation — you knew just by looking at her… she would have died eventually, the way she was going, but what really killed her was the bulimia… absolutely terrible.”

Clarifying his position, Alex Winehouse added, “I think that it left her weaker and more susceptible. Had she not had an eating disorder, she would have been physically stronger.”

An exhibition about Amy Winehouse’s family life is set to open in London on July 3. The Back to Black singer died on July 23, 2011, at the age of 27, roughly a decade after her bulimia struggles began.

Are you surprised by Alex’s beliefs about Amy Winehouse’s death?