Kanye West gives a nauseating interview to W magazine, says he’s addicted to his own ego. Trust us, you’ll need a shower after reading some of West’s inner thoughts. 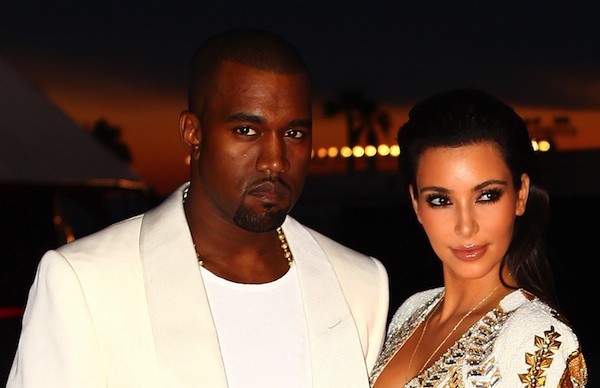 Kanye West‘s W magazine interview is likely to make your skin crawl. The infamous rapper — with undeniable talent — continually displays such egoistical behavior that just reading the quotes makes you feel drenched in his condescension.

He gives us an interesting look at his relationship with Kim Kardashian (the interview was conducted prior to the birth of their daughter, North “Nori” West).

West explains that Kim’s taste in fashion has grown tremendously since the two began dating and he appreciates Kim’s willingness to take fashion risks if he says she should.

In seemingly contradictory style, West tells W magazine, “Nobody can tell my girl what to do.” He went on, “She just needed to be given some platforms of information to work from.”

West elaborates that he is in awe of how the “world” gets to see Kim mature with her style. “One beautiful thing is that as she discovers it, the world discovers it.”

And as for Kim’s totally panned Met Gala outfit? You know, the one that looked like horrible couch fabric? “For her to take that risk in front of the world, it just shows you how much she loves me. And how much she actually loves the opportunity to learn.”

And if you thought Kanye West lived in a bubble, devoid of any recognition of his own arrogance, well he clearly claims his personal addiction to his own narcissism.

“On one end, I try to scale it back,” said West. “Because I don’t want to close any of the doors needed to create the best product possible. But my ego is my drug. My drug is, ‘I’m better than all you other motherf***ers. Kiss my a**!'”

You can check out the full interview West did with W magazine — it holds a lot more goodies, like his obsession with pornography and a very uncomfortable encounter between West and Kim’s mom.