With tensions boiling over Paula’s Deen’s racist deposition, many culinary experts claim the Southern food matriarch’s career is cooked. Could any of these last-ditch efforts save Paula’s empire? 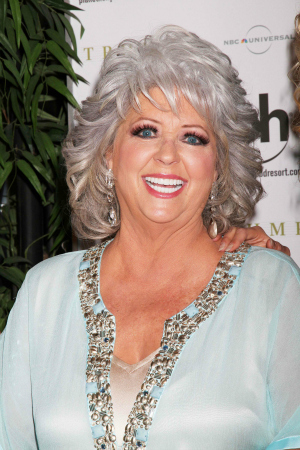 A few brief YouTube videos do not an appropriate apology make. Paula’s first, and perhaps most important, step toward saving her image is to truly own up to her misgivings. The cooking maven should offer a heartfelt apology, through words and actions. First up? Actually following through on her scheduled interview with Matt Lauer. Yes, he will ask her difficult questions. Yes, he will probably reduce her to tears. As they say, if you can’t stand the heat, get out of the kitchen. People need to know that Paula genuinely feels regret and guilt over her actions — not because of how they are affecting her, but how they have affected others. Allowing Matt Lauer to rake her over the coals a bit will go a long way toward convincing the world she’s accepting culpability.

Back when Paula’s career first began and she was known as the “Bag Lady,” she enlisted her sons to help her peddle sandwiches door to door. Now, Jamie and Bobby help Paula run the family’s immensely popular Savannah restaurant, The Lady & Sons. And last year, both sons premiered their own cooking shows. Jamie’s Home for Dinner with Jamie Deen, which has been favorably received by fans, airs Saturdays at 10:30 a.m. on The Food Network. Bobby’s take, the Cooking Channel’s Not My Mama’s Meals, focuses on reinventing Paula’s recipes in far more waistline-friendly ways. For years, Jamie and Bobby have been making cameos on Paula’s Home Cooking and Paula’s Party — with both sons now successful hosts in their own right, the matriarch’s best bet may be to become the one in the Deen family making the guest appearances.

Serving herself up to Oprah

By all accounts, Paula enjoys an easy rapport with Oprah. Over the years, Deen guested several times on The Oprah Winfrey Show and, more recently, Oprah’s Next Chapter — the two were always affable, always entertaining. So when the news broke of Paula’s scandal, many wondered what might be going through Oprah’s head. “Oprah, believe it or not, is the first person I thought about when I heard the statement,” said talk show personality Wendy Williams. “I said, ‘I wonder if her black friend Oprah knows about this statement?’ I wonder if Oprah’s been privy in person to hear Paula use this and if she’s ever talked to Paula about it.” Why not give her that chance? Evangelia Souris, president of Optimum International Center for Image Management, suggests, “I think she would be well-advised to sit down with a respected African-American journalist. I think that it creates the perception of courage and going into the lion’s den, and that would serve her well.”

Stepping away from the skillet

Clearly, a certain degree of irreparable damage has already been done to Paula’s career. The Food Network declined to renew her contract, and it’s possible other sponsors will likewise bail on the bawdy cooking maven. Outside of public apologies, Paula probably just needs to lie low for a while. Prior to the current backlash, she garnered praise outside of the kitchen for her charitable endeavors — even being described by Robert F. Kennedy’s widow, Ethel Kennedy, as a blend of “Dolly Parton, Wolfgang Puck, and Mother Theresa.” Throwing herself into her philanthropy will serve two greater purposes: It will fulfill the needs of the less fortunate and provide Paula time out of the limelight for deep introspection and reflection about her actions. Having just launched this May, The Bag Lady Foundation — which Paula created to “provide hope, inspiration and support to women and families during their time of need” — is still in the stages of infancy and, therefore, could benefit from more attention.