Lisa Robin Kelly, former star of That ’70s Show, has been arrested for a second time for DUI.

Burbank, California, might be known as the city that houses a few big-name movie studios (including the 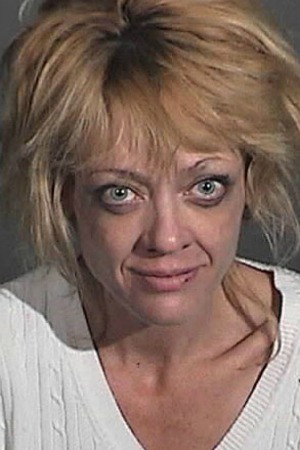 famous Warner Bros. lot), but this weekend it also became the place where That ’70s Show star Lisa Robin Kelly was arrested for the second time. The California Highway Patrol reported that officers noticed signs of possible intoxication in Kelly when they helped the 43-year-old actress move her stalled car off Interstate 5 in Burbank late Saturday night.

Deciding not to take any chances, the CHP ran an investigation and after the results came back, officers arrested and booked Kelly on suspicion of DUI. The actress was subsequently released police custody after posting a $5,000 bail.

This is not the first time that Kelly has been in trouble with the law. Last November, Kelly and her husband Robert Joseph Gilliam were arrested in connection with a disturbance at their home in the Charlotte, North Carolina, suburb of Mooresville. In that case, Kelly was arrested for abuse when she and her husband reportedly assaulted each other. Before that, Kelly was previously arrested in March 2012 on suspicion of domestic abuse, but the charges were later dropped.

This isn’t even Kelly’s first DUI arrest. She pled guilty to a DUI in 2010 and served 12 months of unsupervised probation in addition to paying a fine.

Kelly used to be famous for more than her brushes with police. Back in the day, the actress portrayed Laurie Forman on That ’70s Show, sister of Topher Grace’s lead character Eric on the FOX hit series, which ended its run in 2006. Since then, Kelly hasn’t had a very active acting schedule, though she did appear in one project of note. It’s almost too ironic for words, but she appeared in a 2012 short film called SUX2BEME.