NeNe Leakes thinks love is better the second time ’round. The Real Housewives of Atlanta star remarried her husband, Gregg Leakes, over the weekend. 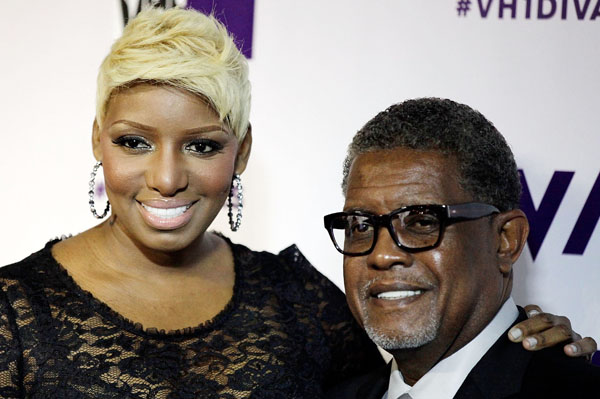 Real Housewives of Atlanta star NeNe Leakes made one thing clear during her weekend wedding to her on-again, off-again husband Gregg Leakes: There’s only going to be success in their future.

“When they did the part about ‘in sickness and in health, for richer or for poorer,’ NeNe said, ‘For richer and for richer!’ Everyone started laughing,” a source told US Weekly of the luxe ceremony in Atlanta. “She never said poorer!”

All jokes aside, the couple — married for 13 years before divorcing in 2011 — is giving their relationship another go after “fame went to NeNe’s head.”

“I started making more money than him,” she told InTouch Weekly of why they split. He’d say, ‘You don’t need me anymore,’ but I did. I really did… But I’d been with Gregg since my twenties and it was difficult to not have him in my life. I was lost without him.”

The pair seems happy — especially with NeNe’s $40,000 wedding registry — but will this bliss continue after the wedding excitement dies down? Relationship and marriage counselor KaRae’ Carey, Ph.D., told SheKnows that yes, it’s possible — as long as they work on the problems that caused the split in the first place.

“Couples need to be aware that the ‘issues’ that broke up their marriage the first time have the same power and potential to break them up, again,” Dr. Carey explained. “Couples need to know that they must do things differently than they did before in order to make the remarriage last.”

“The three areas are nurturing the relationship daily, learning to disagree with one another respectfully, and making agreements specific to their own marriage which are satisfying for each person and edifying to the relationship as a whole,” Dr. Carey said.

“Couples that become masters at these tasks are well on their way to long-lasting relationship.”

NeNe and Gregg need to keep fame out of their relationship and really focus on each other, she added.

“NeNe and Gregg should say something to or do something for one another everyday to nurture their relationship,” Dr. Carey advised. “Have a firm understanding that marriage is 100 percent and they need to try give 100 percent everyday.”

How can couples make marriage work the second time around? Sound off below!

New app helps you date like The Bachelorette
Bethenny Frankel: Swearing off marriage for good?
Sexy! Salma Hayek says her husband loves her in leather