Warning: This is the recap of Mad Men‘s Season 6 finale. It contains spoilers… and a lot of confusion. 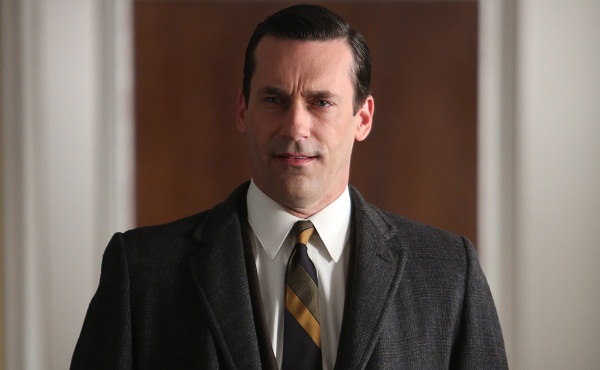 You know that feeling you get during some books where you reach a really shocking or tragic part (like any time George R. R. Martin kills off a main character) and you just want to chuck your book against the wall? This week’s season finale of Mad Men Season 6 contained multiple moments that required every ounce of restraint I had in order to avoid throwing the remote.

Don (Jon Hamm) has been working his way off the tracks all season, and this week he finally went careening off course. The thing is: It seemed all for the best. (And maybe it still is… we’ll find out next spring.)

The show started with Don not taking too kindly to a couple of overzealous Christians. He got so fed up that he ended up punching one guy’s lights out. (The guy turned out to be a preacher.) He spent the night in jail, but came home sobered up and ready to make a change. He decided he and Megan (Jessica Pare) should go to California. Sunkist could really use someone on the ground there and Don would be the person for the job. Never mind the fact that Rizzo had been planning that all along and he stole the job right out from under him. Ugh. Don, you’re such a jerk.

Thinking he had it all figured out (even denying Ted the chance to move to Cali and escape his feelings for Peggy), Don walked into a meeting with Hershey’s. Things seemed to go amazingly well at first. Don told them this heartwarming story of how after he mowed the grass, his dad would always take him to the drugstore to pick out some candy and, of course, he always picked a Hershey’s bar. The men from the company melted like chocolate in the Arizona sun. Of course, we knew it was a load of bull.

Suddenly, it seemed like Don was tired of lying to them. He came clean… really clean. He told them about growing up in the whorehouse and picking the pockets of the johns. If he found more than a dollar, his one hooker-friend would buy him a Hershey’s bar. Then he told Hershey’s they were too good and too iconic to even really need advertising.

To apologize, he told Ted he could have California. When he told Megan the news, though, she walked out. She was tired of his self-destructive ways.

In the end, it was decided that Don wouldn’t be going to California to represent SC&P. He wouldn’t be going anywhere: They wanted him to take a few months off. Uh-oh. Sure, Don has been a bit of a loose cannon in the office lately, but he’s also gone to bat for many of the people in that office throughout the years. The partners, however, completely turned on him. They, in essence, held an intervention for him. He needed to sober up… and stop being an a**.

We left Don over Thanksgiving break surrounded by his three kids (Sally was suspended from her new school for buying beer and getting the girls drunk), standing in front of the old whore house and telling them that this was where he grew up.

He said, she said: Dating advice of the Mad Men variety >>

And about everyone else… 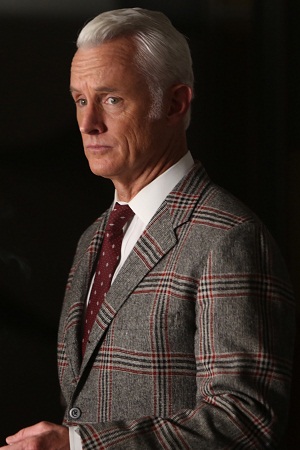 In Ted’s perfect world, it would have been him. He slept with Peggy (Elisabeth Moss) and swore he was going to leave his wife, despite her telling him not to do that, it wasn’t necessary. When it came time to asking about California, he admitted it wasn’t to take Peggy and flee from his wife but to take his wife and flee from Peggy. That’s exactly what happens, too.

But, Pete’s going, too. Pete (Vincent Kartheiser) was quickly booted from Chevy in Detroit when Bob challenged him to take a spin in a standard car. Pete’s barely been driving more than a couple of years and he definitely can’t drive stick. He crashes into a sign and finds himself on the first plane back to civilization. That only added to the already awful situation Pete found himself in when he received a telegram saying his mother had fallen overboard on that cruise she was just dying to take. Not to mention the fact that while she was visiting some exotic locale, she married her murse (man-nurse), Manolo. California was easily the most perfect escape for Pete.

Still, everyone seemed to be in their own versions of Hell. The somewhat goodie two shoes Ted was in love with another woman. Pete’s mother had married a supposedly homosexual man. Don had lost his job and, possibly, his new wife. This fate could have been avoided if only Don had a “sassy gay friend.” Where’s Benson or Salvatore when you need ’em?!

Except Roger. We ended with Roger (John Slattery) having the best day he’d had in a long time. While earlier in the episode we heard about how his daughter and son-in-law were bleeding him dry, things quickly turned around. Joan (Christina Hendricks), feeling sorry for him, invited him to her house for Thanksgiving. She was very clear, though: He was there to be in Kevin’s life. Not hers. And, who else was invited to sit at her turkey-topped table? Bob Benson (James Wolk), of course.