In this episode of The Killing called “Scared and Running,” Holder and Linden follow a strong lead when a young girl matching Kallie’s description is seen fleeing in the middle of the night on a dark road. 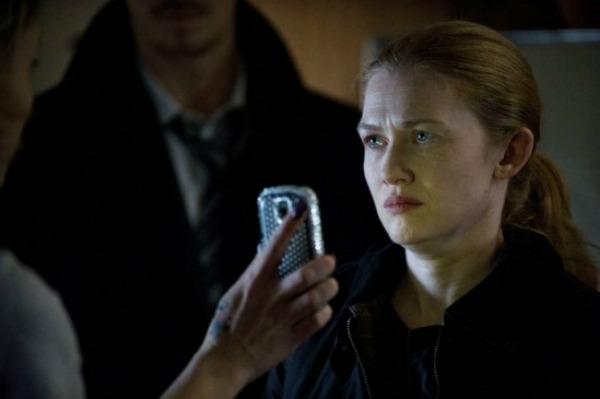 The beginning of this episode held so much promise for those who were hoping that Kallie would be found soon. I mean here we see this terrified young girl tearing off into the night and a witness miraculously is there to put Holder and Linden on the trail. Meanwhile, Joe comes back in from some mysterious “business” he had to handle the night before and Kallie’s mom sees that she slept through a call from Kallie. She was amazingly calm for a woman whose daughter was missing, but soon enough, she starts to act like a real mother should.

The Killing recap: Linden and Holder back on the case >>

Holder and Linden follow the trail of the girl-that-could-be-Kallie to a shelter for runaways and Bullet joins up to give them some sage advice and of course more than a few smart-Aleck comments. When the trail inevitably runs cold, though, we see that Bullet is using her snappy wit to hide the fact that she’s terrified that her friend is really gone. It was a shock to see Bullet punch Holder, but I think her allowing him to hug her was a bit more shocking in that she actually allowed him to see her break down. Finding out that the runaway girl wasn’t Kallie was heartbreaking all the way around, though it’s nice that the girl got away from wherever she was.

AMC’s The Killing not so dead after all >>

Back in prison, Seward and his little group of fellow inmates have a few heavy discussions. Hilly admits that he killed his parents and what it was like to have his siblings forgive him. Seward opens up to Dale about how he felt about his wife but goes completely silent when Dale asks point-blank the reason Seward murdered her. That fact is interesting enough, but when put together with another fact, becomes even more so. Turns out Adrian very much wants to see his dad and his foster mother come to prison to ask Seward if he’ll agree to see his son. She says Adrian has forgiven Seward and begs to bring Adrian, but Seward simply laughs and walks away. Could it be that he is laughing because, as Linden keeps saying, he didn’t actually kill his wife and laughing was a gut reaction?

Finally, in the end, Kallie’s mom is really starting to (finally!) freak out over Kallie’s disappearance and calls her daughter once again just as Joe hits the shower. That’s when we get our final surprise as she hears a phone ringing and digs through Joe’s bag until she fishes out Kallie’s phone. 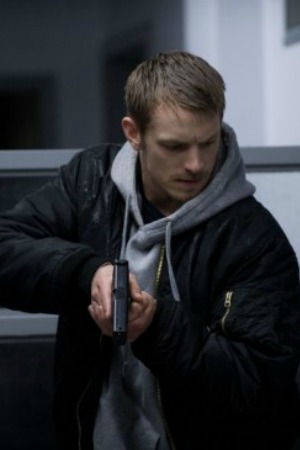 “Then why don’t you just tell us?”
“Because you need supervision, it’s obvious.”

“You gonna give me directions one line at a time?”
“Yup.”

“Bugs is pretty lame, but he grows on you.”
“Bugs?”
“He looks like a stretched out white rabbit, don’t he?”

“I’m starting to think that all the memories I got of Kallie are going to be the only ones I ever have.”

Do you think Joe took Kallie or are we being duped? Is Kallie dead or do you think there’s a chance that Bullet will see her friend alive again?