Steve Carell and Kristin Wiig find love in this Minion-filled sequel that delights with zany antics and 3-D fun. 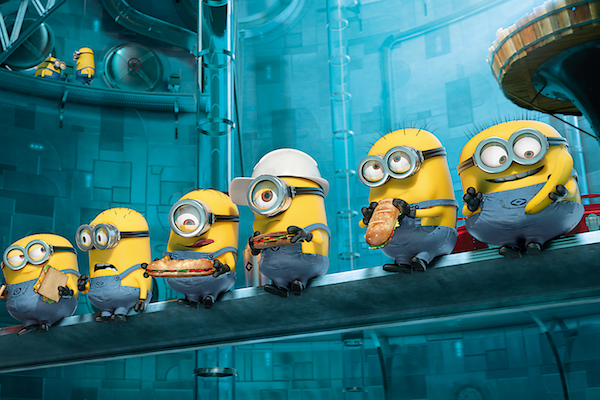 Gru (Steve Carell), the former bad guy is now the father of three orphaned girls, Margo (Miranda Cosgrove), Edith (Dana Gaier) and cutesy Agnes (Elsie Fisher). Domestic life seems to be going great with Gru’s new business venture of making fruity jams and jellies but his three daughters long for a mother. The girls try to get him matched up through internet dating, but Gru isn’t really a guy who makes a good first impression.

Despicable Me 2: Trailer, cast and more >> 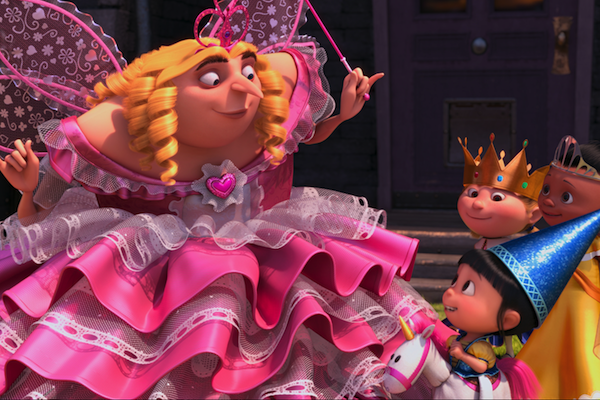 But Gru isn’t the only one looking for love. Oldest daughter Margo is smitten with El Macho’s teenage son, Antonio (Moises Arias), further complicating the search for the missing serum. The Minions are also back, spouting funny, Frenchy gibberish and even singing wedding DJ favorites “I Swear” and “YMCA”. 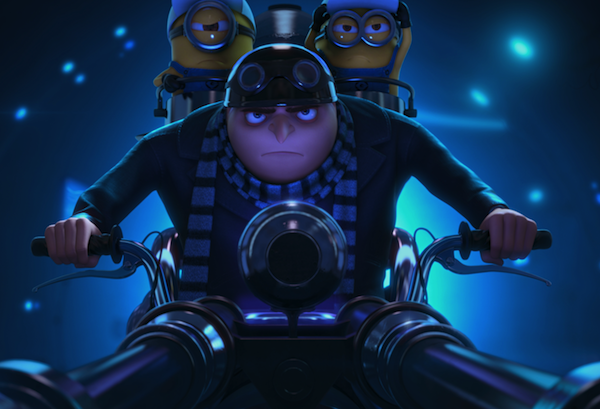 The movie is at its best when it commits to daft, Bugs Bunny-ish humor. Gru recalls El Macho as having disappeared after riding a shark into a volcano with dynamite strapped to his chest. Lucy drives the ultimate cartoon car that drives, flies and boats to the bottom of the ocean floor.

Bottom line: While the plot is a bit overcomplicated, the real fun is getting to see imaginative animation and wacky scenarios we’d never get to see in a live-action movie. Take the kids, they’ll have a blast.

Run time is 98 minutes and there is a Minion “audition” during the end credits.