Sandra Bullock partners with Melissa McCarthy in this riotous cop/buddy comedy that has criminals playing Russian roulette with their scrotums and other sensitive body parts. Director Paul Feig (Bridesmaids) helps to bring on big laughs in this must-see summer movie. 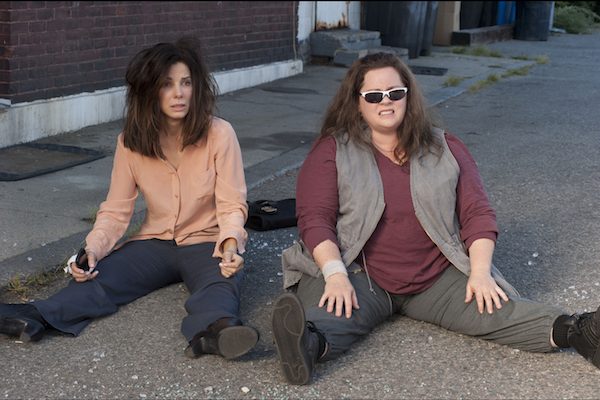 FBI Agent Sarah Ashburn (Sandra Bullock) is good at her job. She’s able to outwit most criminal minds, but her need to gloat about her abilities usually ruffles her colleagues’ feathers. She’s not so much conceited as she is clueless. Without any friends, her only companion is her neighbor’s cat that she bribes with treats. When a promotion at the Bureau opens up, Ashburn heads to Boston in search of a ruthless drug lord to prove she’s worthy of moving up the career ladder.

In Boston, local beat cop Shannon Mullins (Melissa McCarthy) fancies herself a prime investigator and plays by her own peculiar rules. She’s not above holding a gun to a suspect’s crotch and pistol-whipping his privates. In fact, she’s much better at roughing up a perp than using her words.

Battle of the flicks: White House Down vs The Heat >> 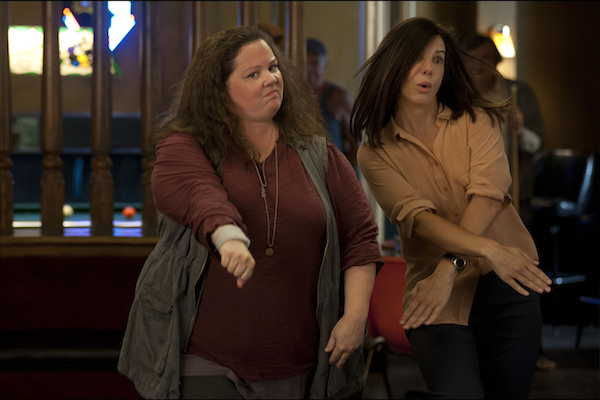 When Ashburn and Mullins are forced to work together, these two opposites clash in every possible, hilarious way. Their “meet-cute” happens as they each fight for the same parking space, and tensions escalate from there. One scene has Mullins maniacally searching her male boss’s office for his “tiny mouse balls,” but clearly she has enough cojones for both of them.

Melissa McCarthy commits every ounce of her body and soul to the character — she practically tingles with crime-fighting fervor. There isn’t a single moment on screen when you don’t know exactly what Mullins wants, and you fear she just may get it.

The Heat: Trailer, cast and more >> 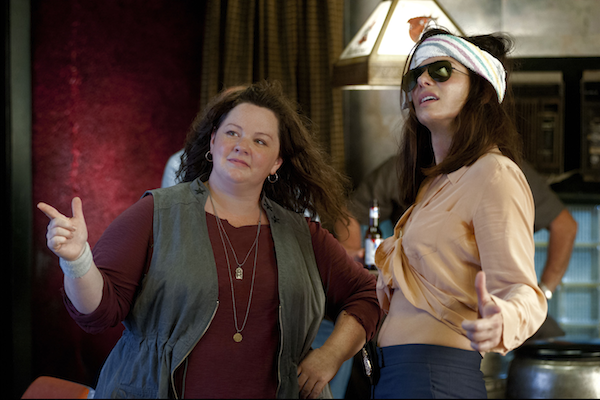 Sandra Bullock plays the straight woman to McCarthy’s bold comedy, but she “gets” the funny, balancing McCarthy’s bold style. Screenwriter Katie Dippold brilliantly writes these characters as real women struggling with sexism and the limits of the law. Though opposites, both Mullins and Ashburn fundamentally believe they can accomplish anything, and as a result, we believe they can too — and that is great writing.

Bottom line: The Heat is another fabulous R-rated comedy to add to your list of summer movies. Enjoy!

Run time is one hour and 57 minutes. There are no extra scenes after the credits.