Paula Deen has issued a video apologizing for her racist views — but it might be too late to save her empire. 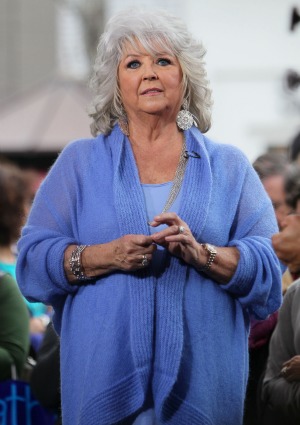 Celebrity chef Paula Deen has issued a video apology for the racist remarks leaked in a recent deposition for a sexual harassment lawsuit.

Deen, who admitted to using the N-word and said she wanted black men in white suits to serve guests at a party, released the video with the hope the public can move on — but quickly removed it from her YouTube channel.

“I want to apologize to everybody for the wrong that I’ve done,” she said in the short clip that has since been deleted. “I want to learn and grow from this. Inappropriate and hurtful language is totally, totally unacceptable. I’ve made plenty of mistakes along the way, but I beg you, my children, my team, my fans, my partners, I beg for your forgiveness. Please forgive me for the mistakes that I’ve made.”

The video was released several hours after Deen abruptly pulled out of a planned Today Show appearance where she had been slated to discuss the scandal with Matt Lauer.

Deen’s apology may come too late to save her cooking empire. The Food Network released a terse statement about their star earlier this week, and while they didn’t flat-out fire her they certainly didn’t sound very pleased.

“Food Network does not tolerate any form of discrimination and is a strong proponent of diversity and inclusion. We will continue to monitor the situation,” they said.

One star who has no plans to forgive and forget is Wendy Williams, who trashed Deen’s racist views.

“It just goes to show you money doesn’t buy you class, it only exposes who you really are. Stupid is as stupid does,” Williams told Entertainment Tonight.

Deen has released a second apology video to replace the first she removed from her YouTube channel: