Jay-Z has sold his stake in the Brooklyn Nets in order to represent athletes for contract negotiations at his new sports agency, Roc Nation. 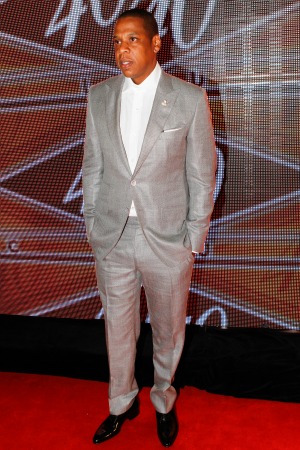 Jay-Z has added one more job to his résumé: music mogul, fashion entrepreneur and now, NBA player agent. The musician and his company, Roc Nation, have been certified by the National Basketball Players Association to negotiate contracts for athletes with NBA teams.

In order for Jay-Z to be certified, he had to sell his minority ownership stake in the Brooklyn Nets. This also means daughter Blue Ivy had to give up her $1 million nursery at the Barclay Center in Brooklyn, New York, where the Nets play. The sacrifices a little one has to make for her father’s career choices!

The NBPA is the first union to clear Roc Nation to represent players. According to Sports Business Daily, the “Empire State of Mind” singer launched his company on April 1 with the intention of repping players from all major sports including the NBA, NFL, MLB and NHL.

The first player to follow Beyoncé’s husband to his new agency is Oklahoma City Thunder basketball player Kevin Durant. It is expected that other major athletes will follow suit. While any agency can handle marketing deals, representing a player for team contracts has to be with a certified company. Jay-Z’s recent approval is a big step toward establishing his new agency.

It is unclear when the rapper will have time to run all of his businesses. In addition to his new agency, Jay-Z is scheduled to go out on the Legends of the Summer tour with Justin Timberlake on July 17.