Ray’s back. But how will the happy Parenthood reunion go down? And how will it affect the rest of the clan? 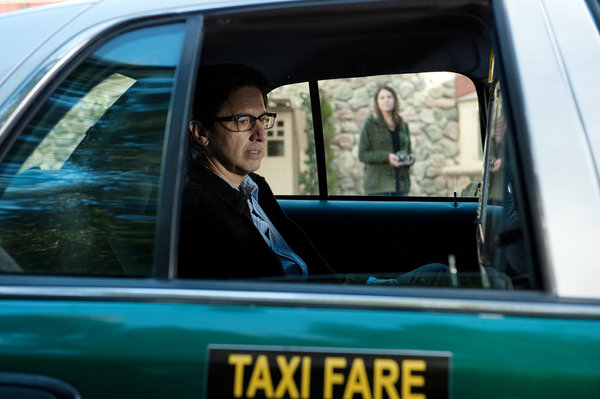 Listen up, Parenthood fans: Deadline.com is reporting that Ray Romano will return for the next season of Parenthood.

According to their sources, he’ll take part in 12 to 14 episodes, which means he’ll be around with about the same consistency as last season, when our curmudgeonly photog appeared for a grand total of 15 shows.

Romano’s character, Hank, has caused plenty of tension between fans (and the Bravermans). When he first appeared as Sarah’s boss, he was awkward and surly and that’s barely changed. But, as he began to feel more comfortable around Sarah (Lauren Graham), the two began to bond. Their friendliness even intensified when she helped him learn to bond with his daughter, Ruby. Soon, their relationship came between Sarah’s engagement to Mark Cyr (Jason Ritter) and, for a while, she decided to be without Mark. When we last saw Hank, however, he was heading North to be close to his kid after her mother took a job states away.

So, how will Romano return? Will he keep their relationship afloat long distance while Sarah stays close during Drew’s first year at Berkeley? Or will she see her son’s college life as a chance for her to follow Hank to new places? Maybe something will have happened and Hank, Ruby and her mother will end up back in California so Sarah doesn’t have to make that decision at all.

And, what happens with Mark?

It looks like we won’t have to wait too much longer to find out the answer to all those questions, as well as catch up with the rest of the Bravermans. Parenthood is slated to return this fall, this time in the coveted post-Grey’s slot on Thursdays at 10/9c.