A heart attack — not drug abuse — is what killed The Sopranos star James Gandolfini. 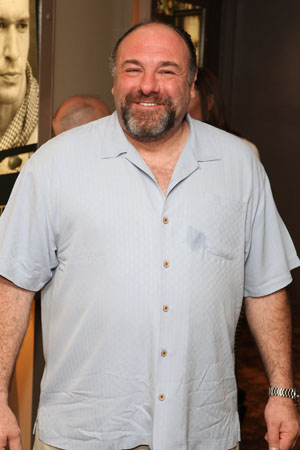 “Today we received the results of the autopsy, which stated he died of a heart attack, of natural causes,” the family’s spokesman, Michael Kobold, told reporters at a Friday press conference. “The autopsy further states that nothing else was found in his system.”

Hollywood mourns the loss of James Gandolfini, dead at 51 >>

The actor was honest about his battles with alcoholism and cocaine abuse before, during and after his star-making role on the HBO drama.

“With these things, to anyone who has ever had a problem, there is a certain point when you say to yourself, “I have done everything I can with this nonsense,” he told The National Enquirer in 2002. “When I was 20 or 18 it started. And it progressed through the years.”

Present-day life was much happier for Gandolfini: He had a new baby daughter with second wife Deborah Lin — and was on a “boy’s trip” to Italy with 13-year-old son James when he died. Sadly, it is believed Gandolfini’s teen son is the person who discovered his dad’s body inside the Boscolo Exedra Roma hotel.

VIDEO: In memory of James Gandolfini: A career tribute >>

“We are all devastated by this loss,” Kobold added of Gandolfini’s family. “James was a devoted husband, a loving father of two children, a brother and cousin you could always count on. We thank you for the privacy you have afforded us during this difficult time.”

Plans for Gandolfini’s funeral are still underway, but it’s expected to happen sometime next week in New York.