Struggling to understand how Kim and Kanye named their baby North West? Let these GIFs guide you through the five stages of acceptance. 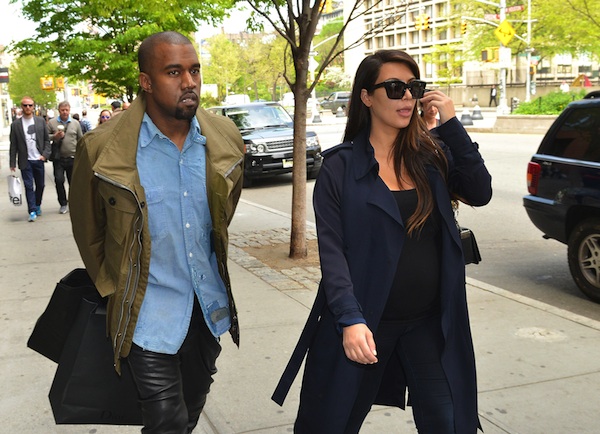 Yes — it’s official: Kim and Kanye actually named their newborn baby girl North West. As in Kim Kardashian’s baby has a name that is true geography term. Fans and well, just the public in general, are stunned.

We’ll take you through the top five most popular stages when learning about the news of Kim and Kanye’s baby name. It will be difficult at first, but we promise by the end you’ll be rolling your eyes and feeling back to your old self.

So at first you might be horrified. When we discovered the Kardashian baby name news, our inner truth meter went off and we instantly fell back on rationality: North “Nori” West was actual a publicity stunt. Kanye would so totally do something like this. We trotted along through our late-night internet surf feeling like all was right with the world when we came across this: 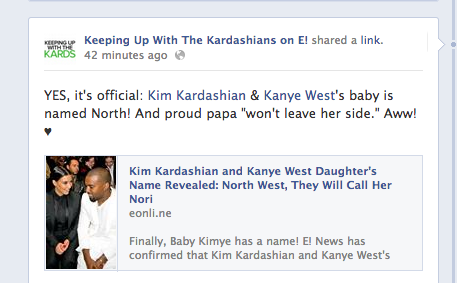 Which promptly led us to the second stage of dealing with the Kim and Kanye baby name news.

Wait? Kim Kardashian actually named her baby North West? Like, we can’t go back in time and this is really happening? Maybe we should lie down — the room is spinning. Hold on. Must. Check. Twitter.

Stage 3: Reach out for help

The general reaction on Twitter confirmed that North West is probably, maybe, the least liked name of all baby names.

Stage 4: Still in pain, but able to laugh again

OK, so at the time this is being written it’s been about an hour. We’re still reeling a bit from the shock, but reality is settling in — this is it everyone. The end has arrived.

This pretty much sums up how the world feels about Kim and Kanye naming their baby North West.

And remember, Kanye West is a dad now.