The Civil Wars have put everything they’ve got into their new single, “The One That Got Away.” What we get is an amazing look at the anatomy of a band on the verge of a break-up. 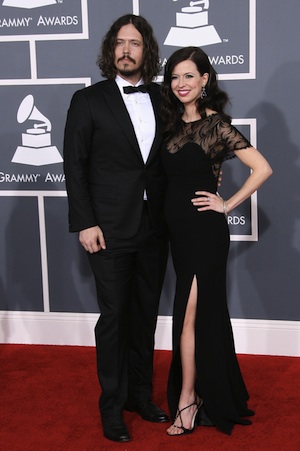 Last year, while touring in support of their debut album Barton Hollow, country artists The Civil Wars abruptly canceled their remaining shows and posted a note on their Facebook page citing, “internal discord and irreconcilable differences of ambition.”

Until last month, most of us thought The Civil Wars were through.

But then fans were treated to an image on their website of an album cover and two handwritten notes from the band mates John Paul White and Joy Williams announcing a new album.

The recent press release for the song and the album explains, “The album was recorded amidst a grueling touring schedule, exhausting workload and a growing disconnect from their families.”

That exhaustion and strife is evident in their first single off the album, “The One That Got Away.”

In creating the song, John and Joy just poured the amazing passion they have for music and the band as well as all of the angst and stress they have been feeling into one perfect song about lost love.

It is completely stripped of any excessive production so prevalent in music today. What we get is a heartbreaking story about the two people who are singing.

Joy sings, “I never meant to get us in this deep/ I miss the way you wanted me, ” as if she is talking directly to John.

And while the song is simplistic in its approach, so is the video for this studio cut.

The release describes the video as a “special behind-the-scenes view into the duo’s dynamic while recording their highly anticipated sophomore self-titled album.”

And it seems that dynamic is strained at best.

We see the two bandmates recording the song with such passion, but they hardly ever look at each other. And when they do, you can almost see the tension between the two — mourning the relationship they once had.

It is a painful video to watch because it gets directly at your heart and stays there.

Of course, videos aren’t real, but let me say this. If The Civil Wars are acting in this video, they deserve an Academy Award.

Should you break up or make up? Take our quiz to find out >>

The Civil Wars’ self-titled sophomore album is due out Aug. 6 and is available now for pre-order.