Disney’s found the missing piece of its Cinderella puzzle. The studio has hired Helena Bonham Carter to play one of the film’s most important characters. 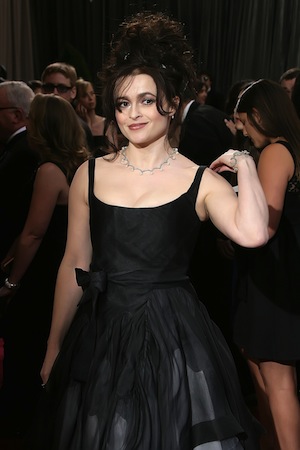 The cast of Disney’s Cinderella is filling out quite nicely. On Thursday, the studio announced that another key role had been cast. Thus far, they’ve found Cinderella, the prince, her evil stepmother and stepsisters. We can now add her fairy godmother to that list.

Helena Bonham Carter has landed the coveted role of Cinderella’s magical adviser. This is nothing new for the actress who’s no stranger to Disney adaptations. She previously starred in its 2010 hit, Alice in Wonderland. But this time,  instead of playing a villain (The Red Queen) she’ll be one of the heroes.

Cinderella gets an actress from Downton Abbey >>

According to The Hollywood Reporter, the fairy godmother will have a larger role in this Cinderella. In Disney’s animated version she watched over Cinderella from a distance before revealing her true self.

Bonham Carter joins a cast that already includes Lily James (Downton Abbey) in the title role, Richard Madden (Game of Thrones) as the prince, Cate Blanchett as the wicked stepmother as well as Holliday Grainger (The Borgias) and Sophie McShera (also from Downton Abbey) as Cinderella’s stepsisters.

Cinderella finds her prince in Game of Thrones star >>

Kenneth Branagh will direct the film, which is scheduled to hit theaters sometime next year. Meanwhile, you can catch Bonham Carter in another Disney production next month on July 3. She co-stars alongside Johnny Depp and Armie Hammer in The Lone Ranger. The story might not be as old as Cinderella, but it’s a classic in its own right.

What do you think of Helena Bonham Carter as Cinderella’s fairy godmother?