James Franco not only reviewed Man of Steel for Vice magazine, he also dished the dirt on the feud between him and Superman star Henry Cavill. 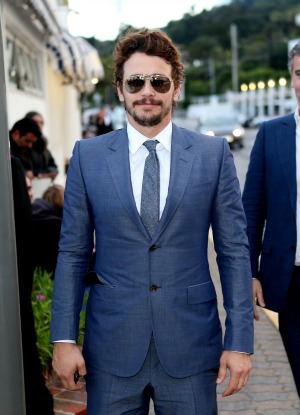 The Man of Steel doesn’t like Oz The Great and Powerful? That rumor is actually true, according to an article written by James Franco for Vice magazine.

The actor wrote a review for the blockbuster hit Man of Steel and shared their backstory stemming from their time on the set of 2006’s Tristan & Isolde. Their relationship from years ago is stormy enough that Franco kept a low profile at Henry Cavill‘s premiere in London.

He wrote, “I arrived incognito: 1) because it wasn’t my film, and 2) because I don’t think Henry Cavill would have wanted to see me there.”

“Not that we’re enemies,” continued Franco. “Years ago we worked on a film together called Tristan and Isolde. I played Tristan and he played my backstabbing sidekick. My hunch is that he didn’t like me very much. I don’t know this for certain, but I know that I wouldn’t have liked myself back then because I was a difficult young actor who took himself too seriously.”

In fact, the Superman role was already on the former Tudors star’s radar even back then.

Franco recalled, “What Henry took seriously back then was Superman. He wanted to be Superman more than anything in the world… Henry was dying to do the Bryan Singer version of Superman that was being put together as we were shooting Tristan in Ireland and the Czech Republic in 2005. Henry was in the running but, in the end, he was passed over for Brandon Routh.”

This is definitely a case of “good things come to those who wait” as the current franchise opened with more than $125 million at the box office, compared to the Routh film, which earned only $52 million the first weekend.

But it sounds like Franco has matured since they last worked together. He had nothing but praise for the hot young actor.

The This Is the End star raved, “The night of the premiere I saw Henry from afar on the red carpet and knew this was the moment his whole life had been building toward. His dream had come true, and I was happy for him.”

As for Franco’s review of the film? He loved it.