New reports say that Kim Kardashian and Kanye West gave their baby quite the directional name. 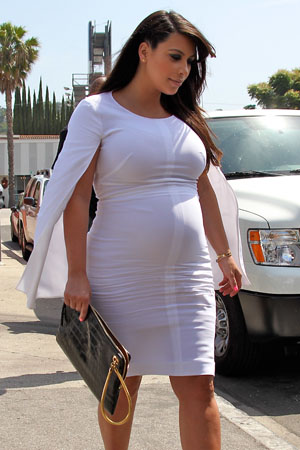 So much for a big announcement. The name Kim Kardashian and Kanye West settled on for their newborn baby girl has finally emerged — and it’s definitely not Kaidence Donda West.

Apparently TMZ got a hold of the birth certificate from Cedars-Sinai hospital — and it lists the baby girl’s name as… North West.

Did Kim Kardashian punk the public with her due date? >>

This isn’t the first time we’ve heard the name in the past few days. A source told Life & Style that the couple hadn’t yet settled on a name when she went into labor last weekend, but North was a frontrunner.

“North is at the top of the list of names,” the source said. “They’re not totally sure about it. Kanye loves it, Kim is okay with it.”

The baby — born at least three weeks premature — is in good health, according to sources. The family was even cleared to leave the hospital on Thursday morning and promptly jetted off to an “undisclosed location,” according to TMZ.

“Kanye hasn’t left Kim and the baby’s side,” a source told People, adding that: “Kim is being very protective of the baby.”

Of course, nothing is confirmed until we hear it directly from Kim and Kanye. Many suspect the couple to sell the much-anticipated photos to a magazine, though an appearance on Kris Jenner’s new talk show would be a great way to boost ratings. If that’s the plan, we’ll still have to wait a few more weeks to catch a glimpse: Her show doesn’t debut until July 15.