Say hello to the bad guy. Jason Statham will go from hero to villain in Fast & Furious 7. The actor recently discussed the excitement surrounding his mysterious new role. 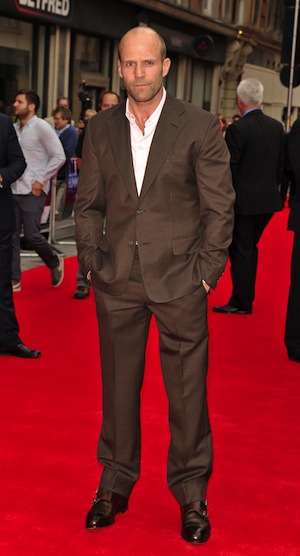 Jason Statham will be the one to beat in the next Fast & Furious. The British actor made jaws drop when he appeared in last month’s Fast & Furious 6. The movie’s the second-highest grossing film of 2013 (so far), and Universal is prepping for its follow-up.

Statham’s role in Fast & Furious 6 was pegged as a surprise cameo. He’s not a main player, but his onscreen brother is. Statham’s character is related to the film’s villain played by Luke Evans. Once his sibling’s forced to pay for his crimes, we’re left to believe that Statham’s appears to avenge him.

Confirmed: Fast and Furious 6 and 7 are coming >>

Not since Samuel L. Jackson’s post-credits scene in Iron Man have audiences reacted so strongly. In an interview with ComingSoon, Statham still can’t believe the impact his cameo has had.

“A lot of people have said it today, and I’m like, ‘Really? Is everyone outside saying the same thing?’ You must be No. 10 who said it today; they say it goes nuts,” Statham reveals. “That’s just the best news I’ve ever heard; it’s fantastic to hear that!”

The British actor can’t say much about his character in the next film, but he’s definitely one to watch. “I’m gonna do what I do. [laughs] Obviously we’re trying to work out now what angle to come from. Some people say, ‘Wait, are you gonna be the villain? The guy who threatens the world and wants to blow everything up?’ No,” he declares.

If the character’s anything like Statham’s predecessors, Vin Diesel and Paul Walker are in trouble.