His heart might belong to you, but indie singer/songwriter Johnathan Rice is giving away his new song to all of us. 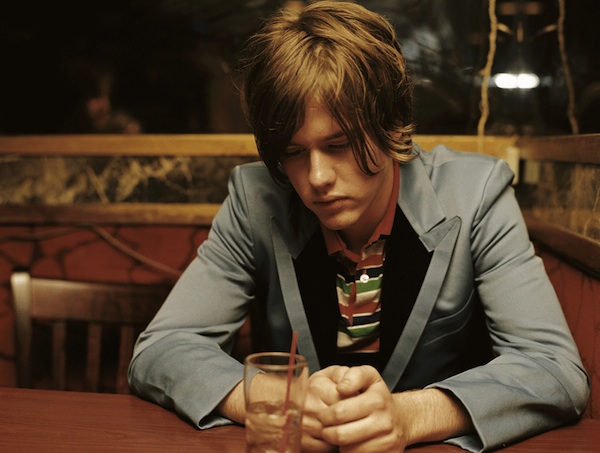 But he always knew that he would be a musician.

Before he even finished high school, Rice recorded a six-song EP, which got him noticed by Warner Bros. Records.

Rice continued to record and ended up collaborating with Elvis Costello and Rilo Kiley’s Jenny Lewis.

And now, Johnny is back having fun on his own with a new album and song.

Check out our interview with Matt & Kim >>

“My Heart Belongs to You” is the first track we’ve heard from Rice’s upcoming third solo album, Good Graces, which is due out Sept. 17.

A sweet love song with a ’50s sensibility and ethereal back-up vocals, Rice calls the object of his affection “a thing of perfect beauty.”

OK, so maybe it’s a bit sappy, but it’s lovely and sappy all at the same time.

When announcing he was offering his song as a free download on his website, Rice tweeted, “My new single is a song of pure love, and like love, it’s free at first.”

And while that may be a bit cynical, Rice is right. His song is full of pure, unadulterated, head-over-heels love — perfect for a lazy Sunday morning or the first dance at a hipster wedding.

Find out the first dance songs at these celebrity weddings >>

Next up for Rice? He’s teaming back up with Jenny to score the film Song One — a drama/ musical starring Academy Award winner Anne Hathaway.

“My Heart Belongs to You” is available to download for free from Johnathan’s website, johnathanrice.com, and we have it for you to listen to below.

I am sure your heart will soon belong to Johnathan Rice.