NeNe Leakes is remarrying her former husband on Saturday before the Bravo TV cameras. The couple has also registered for $40,000 in gifts for their wedding. 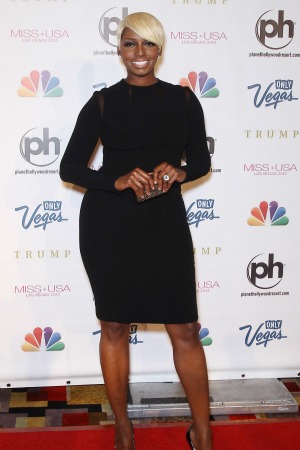 NeNe Leakes is marrying her ex-husband Gregg Leakes this weekend, so invited guests better dig deep into their wallets to buy her a wedding gift. The Real Housewives of Atlanta star has registered for $40,000 worth of gifts.

RadarOnline.com reported that she registered for most of her gifts at Geary’s, an upscale Beverly Hills store. Some of the big ticket items she hopes to receive include a set of 16 L’Objet Perlée Platinum 12″ charger plates for $7,200 and a set of 16 William Yoeward Penelope Bordeaux crystal wine glasses for $4,480.

Guests who are looking for a more affordable price range can head over to Neiman Marcus for a $260 bottle of Creed perfume.

Since this is the second time around for NeNe and Gregg, should they have registered for gifts? Their wedding is being filmed by the Bravo TV cameras for the reality show, so they are most likely being paid a handsome sum for their nuptials.

In addition to the wedding special, Leakes still holds the title for the highest-paid housewife in the franchise. She reportedly made $1 million plus bonuses for Season 5.

The actress also had a series regular role on the now-cancelled sitcom The New Normal and a recurring role on Fox’s Glee.

As Leakes said to former co-star Sheree Whitfield in the premiere episode of Season 4 of the reality show, “I am very rich, b**ch!”

NeNe and Gregg got engaged for the second time on New Year’s Eve last year. Their first attempt at marriage lasted almost 14 years. They divorced in 2011 and reconciled in 2012, which was chronicled in Season 5 of the Bravo series.

What do you think of NeNe Leakes’ expensive wedding registry?