Don’t be fooled by the action in World War Z. At its core, it’s a story about a man trying to protect his family. SheKnows has an exclusive clip featuring Brad Pitt’s character making the ultimate sacrifice. 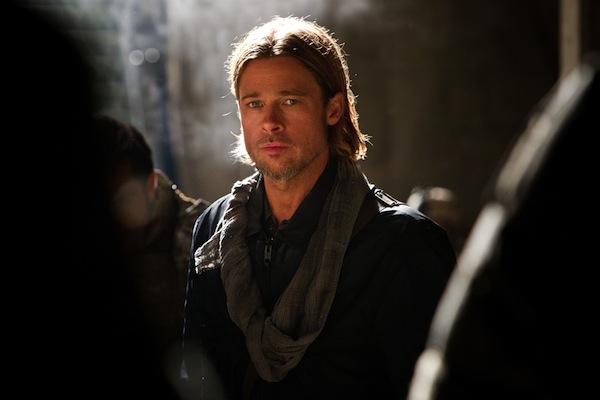 Today, Brad Pitt plays superhero to his family and the world. He headlines Paramount’s World War Z, which is a mix of action, horror and drama. The film’s based on the Max Brooks novel of the same name and is definitely worth the price of admission.

World War Z centers on a United Nations worker named Gerry Lane. He and his family are blindsided when the world devolves into chaos. A pandemic is sweeping the globe and it’s destroying armies and toppling governments. Lane is one of the few people who know the cause of this rampant virus. He reluctantly agrees to join his former colleagues to put a stop to this disaster once and for all.

In the following clip, we see Gerry and his wife Karin (Mireille Enos) prior to his departure. At the moment, the couple and their children have refuge on a ship. Unfortunately, their stay comes at a price. If Gerry doesn’t help the government with the outbreak, his family will be forced to leave.

Gerry attempts to assure Karin that he’ll return, and they both make the best of the situation. It’s a heartbreaking scene that shows the bond between husband and wife.

Check out the “I Have to Go” clip below:

Will you be seeing World War Z this weekend?