Marvel Studios and Robert Downey Jr. have struck a new deal. The actor’s re-upped his contract and will reprise his role as Iron Man in The Avengers sequels. 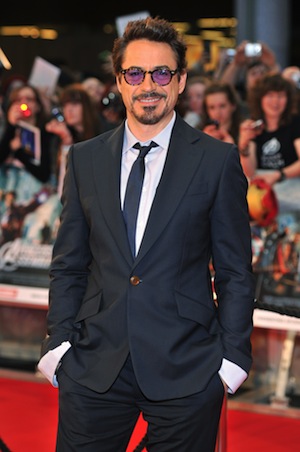 Marvel fans can rejoice! After months of anticipation, it’s been confirmed that Robert Downey Jr. is sticking around. After appearing in three Iron Man movies and co-starring in last year’s The Avengers, his future was in question. He was no longer contractually obligated to continue making the films.

According to USA Today, Marvel confirmed that Downey will be back for The Avengers 2 and 3. Unfortunately, there was no mention of a fourth Iron Man, but we’ll take what we can get. Details regarding the actor’s pay are being kept under wraps. We assume it’s a pretty penny, considering his $50 million salary for the first Avengers.

The Avengers 2 is scheduled to hit theaters in 2015, when Downey will be 50 years old. Both he and Marvel Studios boss Kevin Feige acknowledge that he can’t play the hero forever. “I cannot produce them for another 40 years, and I don’t think Robert can star in them for that long,” Feige said. “But I certainly hope he’ll be playing the character for many years to come.”

Downey’s Iron Man 3 is currently the highest-grossing film of the year. So far it’s made $1.2 billion worldwide. We’re not sure who’ll be strong enough to take its crown. The only film nipping at its heels is Fast & Furious 6, which is currently at the $640 million mark.

Downey has become synonymous with the Tony Stark/Iron Man. We’re sure his charming personality has something to do with the character’s success.

Are you excited for Downey’s return?