Cher Lloyd is one busy gal. Not only did she wrap up a single with Ne-Yo — a track inspired solely on social media submissions from their fans — but her second album is nearly finished… and expected to drop very soon! 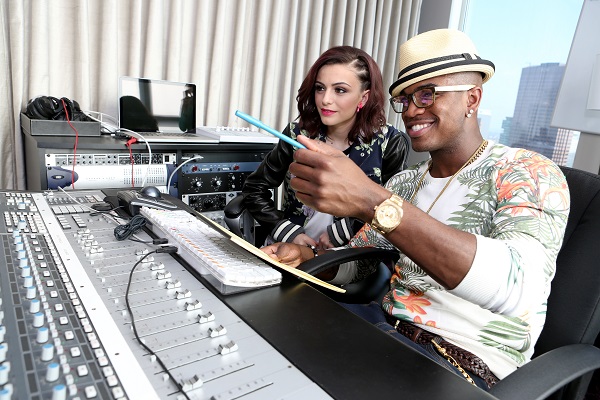 SheKnows: First, we have to talk about your new single with Ne-Yo, “It’s All Good.” I love that this song was created via social media submissions from your fans. What was your favorite or most memorable submission?

Cher Lloyd: Well, the submissions were very different. And there were a lot of them. There’s one that I remember, not only because it was simple, but because it was how someone really felt about it’s an “all good” moment. They just wrote ”beach day,” and that kind of made me think that, well, that hits the nail on the head, really, of how you can go to the beach and be happy. So there were so many, it’s difficult to remember.

SK: About how many submissions did you receive for the song?

CL: Oh, I have no idea. All I know is that we got put in front of a laptop, and we looked through a chunk of them. So there were a lot of submissions. But working with Ne-Yo made it a lot easier. He’s so talented and obviously one of the best songwriters out there. So I was very honored to be able to work with him.

We didn’t have a whole lot of time, but we definitely got a great song out of it. But, I mean, he’s such a chilled-out nice guy that everything was very smooth. We pretty much agreed on a track straight away and then started the writing process.

SK: This is such a unique process. How did it come about?

CL: Well, Fruttare contacted me and asked me if I’d like to be involved in their brand. And I was very excited to find out that Ne-Yo was actually involved. So as soon as I heard that Ne-Yo was involved, I said yes. And then from there, we started with looking at submissions and finding out what this song was going to be about. And then we started writing pretty much straight away. So it’s been quite a quick process. And we just recorded a music video-type thing yesterday. So that should be out soon, too.

SK: What’s the concept for the music video?

SK: Let’s talk about your new album. You’ve mentioned that it wouldn’t include many, if any, collaborations. Why is this?

CL: I feel like I want to take that leap of faith and go for it pretty much on my own. I feel like my past singles have been with another artist. I feel like it’s about time that I start exploring by myself. And I’m so into this album. I’m so happy with the way that it’s going. I’m two songs away from getting this album done, so it’ll be out quite soon.

I feel like it doesn’t really need any collaborations. But if I was to come across someone that I really liked and that I would love to go on to one of the songs that I wrote, then that would be great. But, as of this moment, I think it’s just me.

Up next: Cher Lloyd talks about her new album >>