New details emerge about James Gandolfini’s health just before his fatal heart attack and the celebratory father-son trip to Italy that ended in his tragic death. 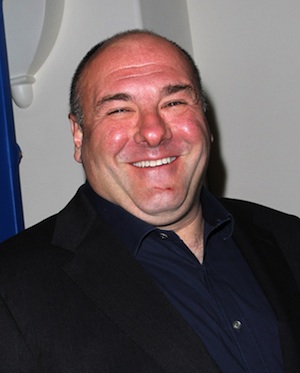 The sudden death of James Gandolfini from a heart attack reopens speculation and commentary on the actor’s widely known abuse of cocaine and alcohol.

James Gandolfini was rushed to an emergency room in Italy — the same hospital where he was later pronounced dead — and Chief Medical Director Claudio Modini said his initial assessment is that Gandolfini died from a “myocardial infarction” induced by natural causes. In other words, Modini believes the late actor suffered a heart attack that was unrelated to (suspected) current or (confirmed) past drug and alcohol abuse.

VIDEO: In memory of James Gandolfini: A career tribute >>

James’ ex-wife, Marcy Wudarski, made headlines during the couple’s 2002 divorce when she spoke to GQ magazine and provided explicit details regarding her perception of Gandolfini’s drug abuse. Wudarski commented that her then-husband disappeared from The Sopranos set for almost week on a drug-filled binge and was so deep into cocaine and alcohol that production was halted on the blockbuster movie The Mexican. Gandolfini and Wudarski have one child together, their son Michael.

Hollywood mourns the loss of James Gandolfini, dead at 51 >>

Rumors that James Gandolfini was on drugs — specifically cocaine — at the time of his death appear to be false. TMZ reports that it is unknown if toxicology reports will be requested to officially confirm natural causes.

Most heartbreaking is that 13-year-old Michael was the one to discover his father’s body. It’s reported Gandolfini and his son spent the day out touring the city of Rome and then returned to the Boscolo Exedra Roma. Later that evening, James Gandolfini suffered the fatal heart attack and Michael found him lying on the bathroom floor.

The Boscolo’s manager, Antonio D’amore, says Michael Gandolfini alerted the hotel staff and the paramedics were called. Once at the hospital, medical personnel tried to revive Gandolfini but the actor was pronounced dead at 11:00 p.m.

James and Michael were vacationing together in Italy on a father-son trip in celebration of Michael’s 8th grade graduation.