FX has brought Kelsey Grammer and Martin Lawrence back into the TV fold. Both actors are returning to the medium with a new scripted comedy. 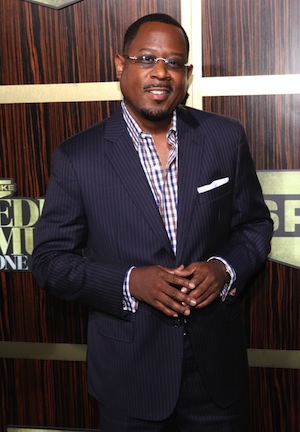 Earlier this year there were rumors that Kelsey Grammer and Martin Lawrence were returning to television. Each actor’s had success in the medium headlining their own shows. Now, they’re joining forces for a new project.

According to TVLine, the untitled comedy centers on two Chicago lawyers (Grammer and Lawrence) who meet in court on one of the worst days of their lives. Even though their styles are vastly different, they create a partnership that will affect them in more ways than one.

The FX cable network has picked up the series, which will be executive produced by Bob Boyett (Full House) and Robert Horn (Designing Women). Grammer released a statement regarding his latest TV venture.

“Martin is arguably one of the funniest men alive and after some success in drama I thought it might be time to try my hand at comedy. I am thrilled to have this extraordinary team show me the ropes. All kidding aside, I don’t think a better bunch of talent exists; I am honored and blessed.”

As for Lawrence, he’s ready to hop back in the saddle. “I am excited to be returning to TV and to be working with Kelsey,” he said. “We have a great time together so I am looking forward to making a good show with a lot of laughs.”

The duo will have a similar deal to Charlie Sheen‘s Anger Management. If their first 10 episodes bring in a certain amount of viewers they’ll receive an additional 90-episode order.