There’s one person brave enough to adapt Fifty Shades of Grey, and it’s Sam Taylor-Johnson. She’s landed the difficult yet exciting job of directing the big-screen version of the book. 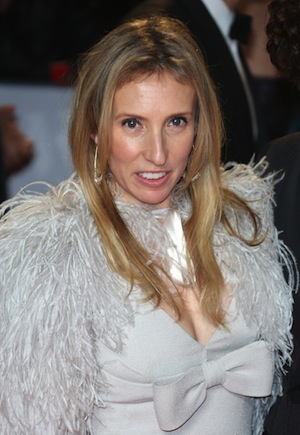 Universal Pictures and Focus Features might have trouble finding a star, but they’ve landed a director for Fifty Shades of Grey. After scoping out the scene, they’ve landed on a Brit to bring this raunchy story to life.

According to USA Today, Sam Taylor-Johnson (Nowhere Boy) has been hired and she’s not intimidated by the task at hand. “I’m so excited to be charged with the evolution of Fifty Shades of Grey from page to screen,” Taylor-Johnson said in a statement. “For the legions of fans, I want to say that I will honor the power of Erika’s book and the characters of Christian and Anastasia. They are under my skin, too.”

When will the Fifty Shades of Grey movie come out? >>

When Fifty Shades of Grey hit bookshelves in the summer of 2011, it became an international phenomenon. Written by E L James, it’s been translated into 50 languages and has sold more than 70 million copies. It’s one of the fastest-selling books ever released. That’s a lot for the film to live up to.

Producer Michael De Luca thinks Taylor-Johnson has what it takes to tackle this steamy story. “Sam’s unique ability to gracefully showcase complex relationships dealing with love, emotion and sexual chemistry make her the ideal director to bring Christian and Anastasia’s relationship to life,” he said in the statement. “E L James’ characters and vivid storytelling require a director who is willing to take risks and push the envelope where needed, and Sam is a natural fit.”

Now that the studios have a director, they should focus on finding some actors. Christian Grey and Anastasia Steele won’t cast themselves.

What do you think of Taylor-Johnson directing Fifty Shades of Grey?