Just six years after the end of the show that made his career, and less than a year after welcoming a new daughter into the world, James Gandolfini has died. 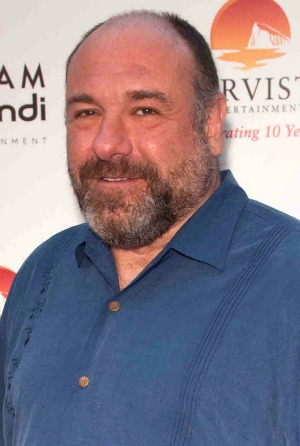 James Gandolfini has reportedly died at the age of 51, according to Deadline.com. Gandolfini might be best known as Tony Soprano on six seasons of The Sopranos.

Gandolfini was in Italy and suffered a heart attack, according to TMZ. The actor was in the country attending the Taormina Film Festival in Sicily, as well as participating in a festival during the weekend.

HBO issued a statement on the sudden death, saying, “We’re all in shock and feeling immeasurable sadness at the loss of a beloved member of our family. He was special man, a great talent, but more importantly a gentle and loving person who treated everyone no matter their title or position with equal respect.

“He touched so many of us over the years with his humor, his warmth and his humility. Our hearts go out to his wife and children during this terrible time. He will be deeply missed by all of us.”

The actor made his first appearance in Hollywood almost 30 years ago but might be first remembered by most people as the hit man on 1993’s True Romance. He joined the cast of A Streetcar Named Desire in the early 1990s, along with Alec Baldwin and Jessica Lange.

Gandolfini will forever be remembered for his part as the mob boss on The Sopranos, the HBO series that started in 1999. He earned three Emmy Awards for his role, starring opposite Edie Falco.

The actor was born and raised in New Jersey, making him a natural for the part of the crime boss in charge of the Soprano mob family.

Gandolfini also appeared in many other movies through the years, including The Mexican, Get Shorty and Zero Dark Thirty. He has at least two films and one TV show that are not yet completed and are set to come out in 2013 or 2014.

A look back at the career of James Gandolfini >>

Criminal Justice, a pilot starring Gandolfini, was picked up by HBO in September 2012. According to the New York Daily News, the show follows a person on trial for murder as they make their way through the criminal justice system. Gandolfini starred as a lawyer in the pilot and was also an executive producer on the show.

Gandolfini’s second wife, Deborah Lin, gave birth to their daughter in October 2012. The couple were married in 2008. He also leaves behind a teenage son from a previous marriage.