Shailene Woodley changed her look to film scenes for The Amazing Spider-Man 2, but it looks like it was all for nothing. The scenes have been cut, and Mary Jane Watson won’t be brought into the story until the third film. 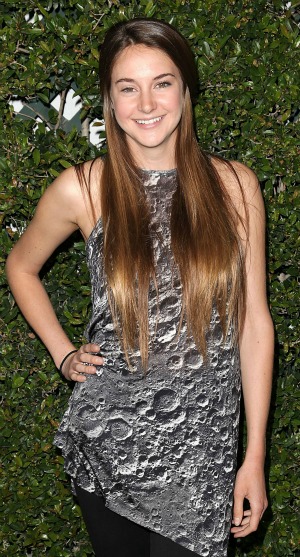 Shailene Woodley might be one of the most underrated up-and-coming actresses these days. At her young age, she has already received a Golden Globe nomination and is starring in some of the biggest films of the next few years.

Woodley was hired as the very famous Mary Jane Watson in the new incarnation of the Spider-Man series, but it looks like we will have to wait a little longer to see her in that role.

The decision wasn’t made until after Woodley filmed her scenes for the second film (she even dyed her hair red for the role!). But she is thankful for the experience she got on set.

“Of course I’m bummed,” she told Entertainment Weekly. “But I am a firm believer in everything happening for a specific reason. MJ only appeared in a few scenes, and I wouldn’t trade the experience of working with Andrew and Emma for three days on set for the world. Based on the proposed plot, I completely understand the need for holding off on introducing MJ until the next film.”

Chris Cooper signs on as the next Green Goblin >>

Woodley will next be seen in Divergent, a film Entertainment Weekly says could turn be “the next Hunger Games.” The film also stars Kate Winslet and Ashley Judd and is due out in March 2014.