TV personality Paula Deen is finding herself in hot water again after she admits using the N-word in a recent deposition. 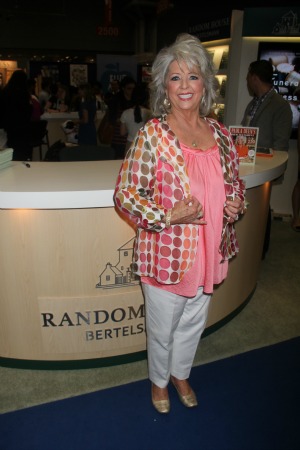 Paula Deen has found herself in another scandal and this time it’s not looking good for her. After weathering through her diabetes diagnosis and the aftermath, a March 2012 lawsuit is starting to haunt her.

Lisa Jackson was the general manager of Deen’s restaurant, Uncle Bubba’s Seafood and Oyster House in Georgia. She filed a lawsuit alleging that she suffered from sexual harassment during her five years at the food establishment. It was the TV personality’s brother, Bubba Hiers, who made lewd comments and showed her pornographic images during her time there.

Paula Deen’s diet: Will her plan work for you, too? >>

Jackson also accused Deen of using racial slurs to refer to black employees. This is where the issue gets really sticky. The Food Network star has admitted in her May 17 deposition that she has used the N-word in the past.

TMZ has the highlights of her statements made under oath.

A lawyer asked Deen, “Have you ever used the N-word yourself?”

The foodie goes on to explain that she probably used the slur when talking to her husband after a 1986 bank robbery where a gun was pointed at her during the crime. The suspect was a black male.

Anthony Bourdain would deign to dine with Paula Deen >>

The lawyer continued to probe her use of the word.

He said, “Well, then tell me the other context in which you’ve used the N-word?”

Deen couldn’t come up with a concrete response, but did mention the word was probably used in “repeating something that was said to me.”

The lawyer wanted to know if she heard it in a joke. That question finally elicited a more direct response.

She said, “No, [the word was] probably [in] a conversation between blacks. I don’t — I don’t know. But that’s just not a word that we use as time has gone on. Things have changed since the ’60s in the South. And my children and my brother object to that word being used in any cruel or mean behavior. As well as I do.”

It seems as if the TV food star is admitting her past wrongs, but not in the situation with Jackson at the Georgia restaurant.

Her rep issued a statement to the gossip site on Wednesday after the transcripts were released to the public.

They stated, “Ms. Deen does not condone or find the use of racial epithets acceptable. She is looking forward to her day in court.”

Jackson is suing Deen for $1.2 million.