Selena Gomez appears to be putting the Justin Bieber drama behind her as she begins a new summer romance with British singer Ed Sheeran.

For fans who have been watching the on-again, off-again romance between Selena Gomez and Justin Bieber, it looks like the romance is over. According to Us Weekly, Gomez has moved on to greener pastures.

The 20-year-old has taken up with British singer Ed Sheeran, who just happens to be touring with Gomez’s BFF, Taylor Swift.

An insider told the entertainment magazine that the two got to know each other over Memorial Day weekend.

The source said, “They are hooking up!”

It’s no surprise that Swift would be the matchmaker for her close pal since she hasn’t hidden her feelings about Bieber. The “Trouble” singer was caught on video gagging when Gomez smooched her sometime-boyfriend at the 2013 Billboard Music Awards in May. 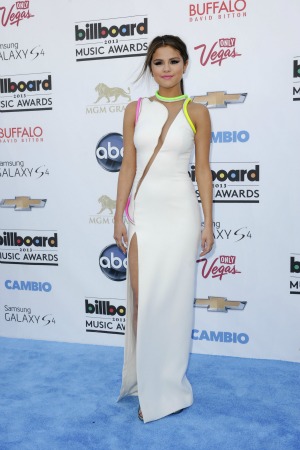 It seems that the rocky romance became too much for the Spring Breakers star.

A second source told Us Weekly, “She got sick of having to take care of Justin like he was her child. This is a nice escape from the drama.”

The new romance between Gomez and Sheeran appears to be casual right now.

As another insider revealed to the entertainment site, “They are friends with an open mind. He’s sensitive and sweet and a lot deeper than Justin.”

As for Sheeran, he doesn’t seem to mind the attention from Gomez.

At the MuchMusic Video Awards on June 16, the 22-year-old said, “I wouldn’t complain,” when asked if he wanted to be fixed up with the former Disney Channel star.

Time will tell if this is a summer fling or true romance, but it looks like Selena has officially moved on from Justin.