What have Kim Kardashian and Kanye West named their new baby girl? We have a few front-runners straight from sources close to the couple. 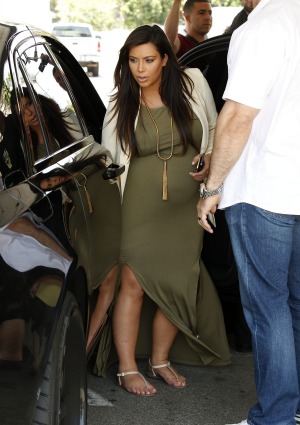 Kim Kardashian and Kanye West still haven’t named their brand new baby girl, but we finally have a few front-runners.

Sources close to the couple tell Extra and Hollywood Life that unlike Kim’s sister Kourtney, they want to keep the K-name tradition alive while honoring Kanye’s late mother and are leaning heavily toward the name Kai Georgia Donda West or simply Kaidence Donda West.

But according to In Touch, the pair are considering a novelty name. “North is at the top of the list of names,” a friend told the mag. “They’re not totally sure about it. Kanye loves it, Kim is okay with it.”

The couple have not yet made an official announcement about their little bundle of joy, but Kim did break her silence to good friend Ryan Seacrest in response to his congratulatory email.

“Can’t believe it. So crazy!” she wrote.

The baby was reportedly three weeks early, not five weeks as originally reported, and sources say Kim purposely misrepresented her due date to afford the family some privacy when it came time for the birth.

A friend told People that the baby is “the prettiest, tiniest thing with a full head of straight, dark hair, a cute little nose and Kim’s lips. She’s already smiling!”

Pal Larsa Pippen revealed that Kanye is already a doting dad. “He doesn’t leave the room,” she told E!. “He’s, like, in love with the baby. She’s so cute.”

While the baby remains hospitalized due to her early delivery and low birth weight — sources say she’s just under 5 pounds — a hospital source told People she is “doing very well” despite spending some time in an incubator. In the meantime, the new family is cozied up in a $4,030-a-day private birthing suite at Cedars-Sinai Medical Center in Los Angeles.

Keep up with the Kardashians — subscribe to the SheKnows Entertainment newsletter! >>