Is it time for Cher to go away? Bite your tongue! As the saying goes, when there is an apocalypse, two things will remain — Cher and cockroaches. Cher proved this saying Tuesday night with her performance on The Voice. Not that we need them, but here are five reasons you simply must own Cher’s latest album. 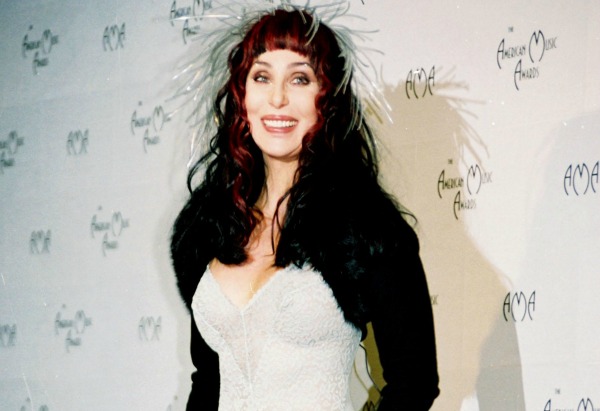 Any 67-year-old who is willing to get up on stage in leather and a pink headdress and sing a meant-for-da-club song is deserving of our adoration. Sure, a few of us (who aren’t crazy-in-the-head Cher fans) wonder if Cher is one of those iconic performers who may or may not have made the cut on shows like The Voice and American Idol, but that’s irrelevant. It’s time for a little Cher love.

Amanda Bynes and Cher have it out on Twitter >>

Cher’s latest album Closer to the Truth, available in September, is riddled with intrigue, which is reason alone to buy it. After her performance on The Voice on Tuesday night, Cher hit the red carpet and teased us with, “Pink gave me a beautiful song.” She went on to say there is also a country song on the album and a song that she and a friend wrote for Interview with the Vampire (that was rejected for the movie). Whoa! You had us at “Pink.” Pink has become legendary — everything she writes and/or performs becomes gold. And Cher singing a country song? Whaaaaa? (I guess if Lady Gaga can do it, so can Cher. More on Gaga in a bit). But what really puts us over the edge with this teaser is a lost song for Interview with the Vampire. Yes, yes, yes. We’ll take us some of that.

Ooooooo, that just happened. Divas Cher and Lady Gaga teamed up for a collaboration on Closer to the Truth. Genius, right? Cher thought so. Backstage after The Voice on Tuesday night Cher revealed, “I did a song with Gaga and I think it’s brilliant and I thought her performance was great, but she doesn’t like it.” Insert outrage here! Who cares if Lady Gaga doesn’t like it! Cher’s been in the business longer than Gaga’s been alive. If Cher says it’s good, then it shall be so. Gaga needs to quit being a little monster and give the people what they want! The public must demand release of this historic event. Excuse me while I pen a petition for us all to sign.

Upon completion of the album, Cher tweeted that Scissors Sisters collaborator Jake Shears said the album was “f***ing amazing.” More impressive is what Cher thinks of her 26th album, since she admits she’s not a fan of herself. She told ABC News, “I would say, truthfully, I’m not a huge Cher fan, and I’ve said this a million times, but I think this is probably the best album I’ve ever done.” There’s a remote possibility that Cher is getting to an age where she doesn’t exactly remember all 26 albums, but hey, if it’s good enough for Cher, it’s good enough for us.

Be still our hearts! Could Cher the legend, the icon, the Madame of never-say-die be coming to a city near you? Tuesday night on The Voice’s post-show red carpet Cher said, “We’re talking about it.” That’s her way of saying, “If the album does well enough and I can sell out arenas nationwide, then yes, I’ll go on tour.” To which we say, get out your plastic ladies and gents and buy Closer to the Truth, or you have no one to blame but yourself if Cher doesn’t go on tour.