This winter, Frozen is the family film to see. Disney has released a trailer for the movie that features the voices of Kristen Bell and Idina Menzel. 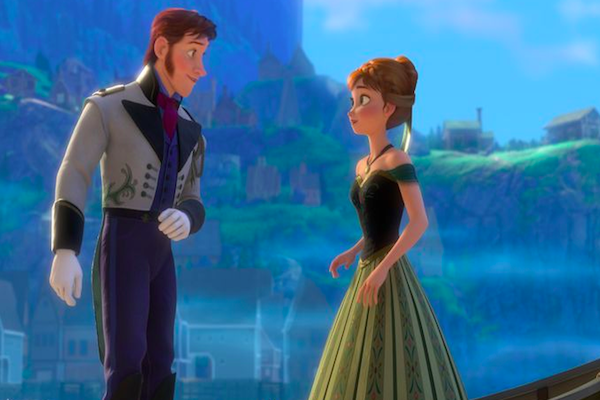 Disney is rolling out the red carpet for its new animated film, Frozen. The aptly titled feature will be a highlight this holiday season. On Tuesday, the studio released an exclusive trailer via The Weather Channel that is the perfect mix of humor and heart.

Frozen is based on a fairy tale by Hans Christian Andersen. It centers on a young woman named Anna, who sets out to find her older sister Elsa, the Queen of Arrendelle. Elsa fled her native land after initiating a curse that left it stuck in a permanent winter.

Kristen Bell voices the determined Anna, who attempts to right her sister’s wrong. “Anna is the sibling who doesn’t normally get that much attention and is used to kind of just spazzing out on her own,” Bell says. “But she’s forced into a position where her sister needs her, and she has to step up to the plate.”

Aside from Bell, Frozen stars Jonathan Groff, Idina Menzel and Josh Gad. It’s co-directed by Chris Buck and Jennifer Lee. Lee told USA Today that their film doesn’t feature a typical heroine. “But Anna is one of these ordinary people doing an extraordinary thing.”

Check out the new Brave trailer from Disney and Pixar >>

Bell feels as if she was born for this role. “Since I was 4 years old, I dreamed of being in a Disney animated film,” she says. “It was the first goal I ever set for myself. It seemed like it would be a very unrealistic one.”

What do you think of the first look at Frozen?