Bethenny Frankel says she won’t get married again, but is that just her broken heart talking? 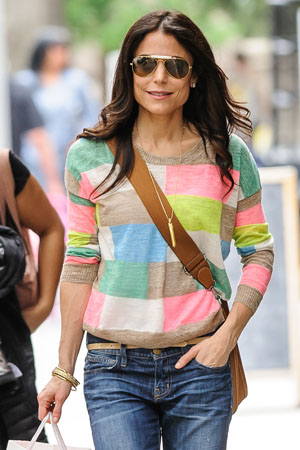 Bethenny Frankel learned one thing from her ill-fated marriage to Jason Hoppy: Never get married again.

The Skinnygirl mogul tweeted about her jitters over her new talk show, Bethenny, and somehow it turned into a commentary on marriage.

“I’m not sure what’s going on w me hormonally, but if the talk show doesn’t work, I can pursue a career as an exotic dancer,” she tweeted.

“Or try marriage lmao,” a fan tweeted back.

The mom of toddler Bryn isn’t the only celeb to swear off marriage for good, though.

“I’m not angry about anything, but I don’t think I will,” Heidi Klum told Marie Claire earlier this year of marriage after her divorce from Seal.

“While going through a bitter divorce, it’s normal to tell yourself that you never want to get married again,” says Carole Lieberman, M.D., psychiatrist and author of Bad Girls: Why Men Love Them & How Good Girls Can Learn Their Secrets.

That feeling doesn’t always last — especially with someone as young as Frankel.

“Whatever I’m going through now, I’m certain that I’ll learn something from it. When the clouds pass, I will figure out what the silver lining was,” she told People in May.

Like, maybe a new relationship — and eventually a new marriage? You never know, Bethenny.

Have you sworn off marriage for good? Sound off on your reasons below.